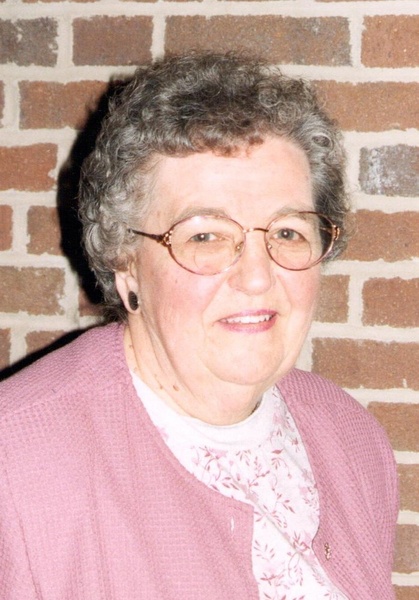 Betty J. Munson, 90, of the Town of Royalton, passed away on Wednesday, December 2, 2020 at the Harris Hill Nursing Facility in Williamsville.

Born September 28, 1930 in the Town of Royalton, Betty was a daughter of the late William and Irene (Raduns) Lindke. She graduated from Royalton-Hartland High School in the class of 1948. Betty was a lifelong member of St. Michael’s Lutheran Church in Wolcottsville, where she taught Sunday School and sang in the choir. She worked as a secretary for the Royalton-Hartland Elementary School. Betty enjoyed knitting, quilting and was an avid reader.

Predeceased by her husband, Charles R. Munson on July 20, 1954; and brother, William Lindke.

A celebration of Betty’s life will be held at a later date. Private interment will be in Royalton Mountain Ridge Cemetery. In lieu of flowers, memorial donations may be made to St. Michael’s Lutheran Church, 6377 Wolcottsville Rd., Akron, NY 14001. Arrangements are in the care of Cooper Funeral Home, 215 W. Center St., Medina.

To order memorial trees or send flowers to the family in memory of Betty J. Munson, please visit our flower store.
Send a Sympathy Card