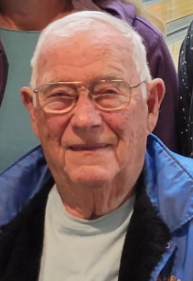 Mr. Green was born on March 6, 1941 in Batavia, NY one of three sons of the late Frederick W. and Marjorie V. (VanCleef) Green. He graduated from Oakfield-Alabama High School in the class of 1959. He went on to serve honorably in the U.S. Navy on the U.S.S. Blenny from 1959-1963. On April 30, 1960 he married the love of his life, his high school sweetheart, Millie Baker. Mr. Green was employed for over 30 years at National Fuel Gas in Batavia and retired in 1996. He also worked for many years alongside his wife picking seasonal crops for her uncle. He was an active member for over 50 years of the East Shelby Volunteer Fire Co., where he held several officer positions over the years. He was a parishioner of the West Barre United Methodist Church. Mr. Green was a member of the Hiram G. Luhman Post #626, American Legion in Alabama Center and was also a mason belonging to Towpath Lodge #1193, F&AM. He and his wife, Millie, were avid campers and enjoyed many years wintering in Florida.

Preceded in death by his wife of 58 years, Millie Green on November 21, 2018; and his two brothers, Harold Green and Kenneth Green.

To order memorial trees or send flowers to the family in memory of Darrell M. Green, please visit our flower store.
Send a Sympathy Card