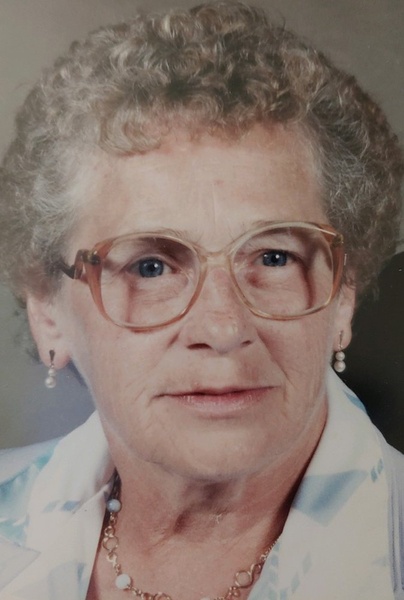 Delores L. Hackenberg, of Medina entered into rest on Tuesday, April 6, 2021 at the Medina Memorial Hospital.

Born August 21, 1926 in the Town of Gaines, she was a daughter of the late Sumner and Thelma (Payne) Sanford. She married Jay William Hackenberg in November of 1946. Mrs. Hackenberg was an active parishioner of St. Peter Evangelical Lutheran Church in Medina. She worked for General Electric for many years. Later in life, she was a TWIG volunteer at Medina Memorial and also belonged to the Senior Citizens of Western Orleans. Mrs. Hackenberg enjoyed golfing, playing bingo and cards.

She was preceded in death by her husband, Jay Hackenberg in 1989; daughter, Marsha Shaw in 2018; and siblings, Florence Chase, Donald Sanford, Helen Maynard, Robert Sanford, Dorothy Frank and William Sanford.

Visitation will be held on Friday, April 16th from 5:00-7:00 p.m. at Cooper Funeral Home, 215 W. Center St., Medina, NY 14103. Her funeral service will be on Saturday, April 17th at 10:00 a.m. at St. Peter Evangelical Lutheran Church, 1355 West Ave., Medina. Masks and social distancing will be mandatory at both locations. Interment in Mount Albion Cemetery, Albion.

In lieu of flowers, memorials may be made to St. Peter Evangelical Lutheran Church, or to a charity of one’s choice.

To order memorial trees or send flowers to the family in memory of Delores L. Hackenberg, please visit our flower store.