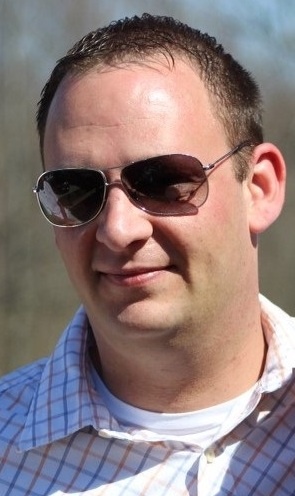 Donald was born to Barbara (Higgs) Hale on July 27, 1977 in Albion. He was a graduate of Medina High School, class of 1995 and went on to graduate from SUNY Fredonia in 2000 with a Bachelor’s degree in English. Donald had several careers, reinventing himself and self-learning new skills along the way from New York to Delaware and Pennsylvania. He lived in Buffalo with his brother while working in marketing as well as bartending on the side. Life and work then took Donald to Wilmington, Delaware, where he earned a livelihood in sales in the plumbing industry, traveling the country. In 2010 he moved to nearby Philadelphia working as an administrative assistant to a prestigious physician at the Sydney Kimmel Cancer Center. Home beckoned Donald to return to Medina in 2015. He loved working with his hands and wasn’t afraid to dirty them, like his carpenter grandfather, and so took up home repair and remodeling. He was in demand throughout Western New York by friends and family.

Donald also enjoyed relaxing in the company of his Delta Chi fraternity brothers, Joe Mullikin and Pete Carreno, and spent many winters camping in Maryland. He became close with their families too, camping and hiking at Letchworth Park, and fishing with their children who often gave Donald a crayon drawing of their adventures with him. They were so taken with Donald that they called him “Uncle Donald”. At family gatherings you would find him surrounded by boisterous youngsters playing kickball or horsing around in the pool.

As a loyal fan of the Chicago Bears and Kentucky Wildcats basketball, sports were Donald’s avocation. One never disturbed him during March Madness. He was a life-long fisherman, mentored in his youth by paternal grandparents, Roger and Dolores Askew, aboard their 19 foot Starcraft.

Our family will cherish the memories of his warm heart, kindness and attention to kids, and his easy throaty laugh forever. Survivors include his parents, Barbara and Wayne Hale of Medina; brother, Christian Hale of New York City; maternal grandmother, Rita Conner; many loving aunts, uncles and cousins; and best friends, Pete and Joe from college, whom he considered family. He was predeceased by his special aunt, Elaine McPherson.

To order memorial trees or send flowers to the family in memory of Donald J. Seitz Hale, please visit our flower store.