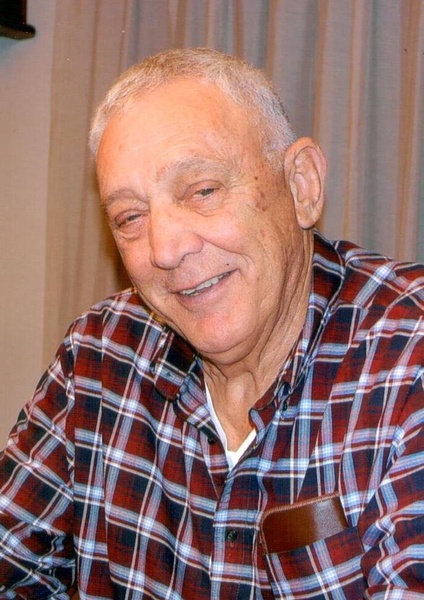 Born on August 19, 1940, in North Tonawanda, Doug was the son of the late William and Clara (Dee) Hedges. He graduated from North Tonawanda High School and became a New York State Trooper. He was stationed at Clarence Center where he served on the motorcycle patrol. In 1983, he retired from his last station in Wrights Corners. He remained an active member of the Batavia Chapter of the New York State Retired Troopers.

He and his cherished wife Janet (Waddell) were married for 45 years until her untimely death in 2008. Doug and Janet initially lived in Clarence Center. Together they raised three beautiful children who were the joy of Doug’s life. In 1972, he bought a 210-acre apple farm on the Angling Road, because he wanted his children to be able to ride horses. Doug often told the story of how he knew nothing of farming and learned by trailing the current owner around the property, taking notes as they went. The farm was a huge success in all ways and even today Angling H farm apple boxes can be found throughout the county.

Doug’s public service did not end after he retired. In 1985, he was elected as Town Justice of the Village of Lyndonville and served for 13 years. Later, he served as the Town Justice of the Town of Ridgeway for 5 years. Doug was known for fairness and compassion and he understood what it meant to be entrusted with such profound responsibility.

Throughout the years, Doug also volunteered his time to several not-for-profits. He served the Treasurer of the Lyndonville Foundation for more than 20 years. He drove veterans to various appointments serving as a volunteer driver for the Veterans Administration of Orleans County. He served as the Treasurer of Hope Resales Thrift Store. Doug often said that he never held a job he didn’t like.

Doug had 47 years of service to masonry as a member first of the Yates Lodge #675, followed by the Medina Lodge #336 and finally, the Towpath Lodge #1193. He served as a Master at Lyndonville and Medina and received the Dedicated Service Award in 2007.

Eleven years ago, Doug married his current wife, Ruth E. Canham. They settled in Lyndonville and shared their retirement years together. They traveled, spent winters in Florida and devoted time to their church, the United Methodist Church of Lyndonville. He spent many hours working on his golf game and joined the traveling senior league.

Doug was a giant man with a giant love for family, friends, community and God. We are all better for having known him. He is survived by his dear wife Ruth and her family; his three children, Shawn Hedges (Cindy) of Medinah, IL, Jaqueline Burke (Randy Reynolds) of Lyndonville NY, and Monica Hedges of Lockport, NY. He is also survived by his six loving grandchildren, Amanda Anicua (Victor), Brandon Hedges, Guy Burke, Jeff Burke, Rory Pyle and Douglas Starr, as well as his great grandchildren, Amaya, Keanu, and Noelani. He is also survived by his sister Pam Wallace (Bill), as well as many nieces, nephews and cousins.

To order memorial trees or send flowers to the family in memory of Douglas W. Hedges, please visit our flower store.