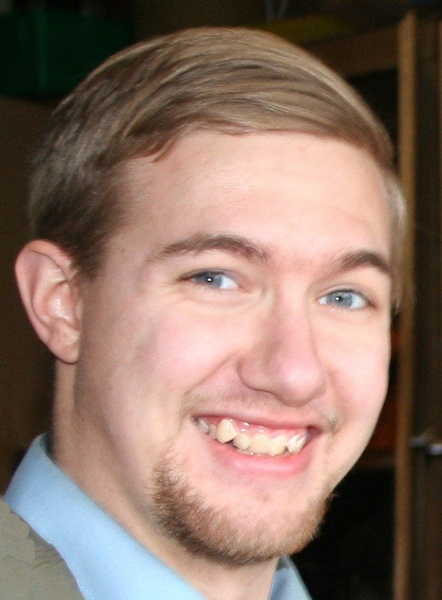 He experienced an aortic dissection, brought on by hypertension. Elliott was born on June 22, 1989, in San Diego, California, to Ken and Jamie (Blair) Parfitt and was born again at home in Mount Morris, NY, at the young age of 6. He dedicated his life to serving God in both his youth and his adult life. He was the first in the family to speak on the streets of a small town in England, sharing the message of the goodness of God to the passersby there. His example inspired his father and then his brothers to do the same. From that time, they enjoyed the blessing of sharing the message of forgiveness of sins through the blood of Jesus Christ to many people in all places in which they lived and traveled to. Elliott enjoyed traveling to Romania twice, Honduras twice, and Africa twice on missions trips. He got a private pilot license so that he could someday be a bush pilot for missionaries in remote places. For many years, Elliott, with his family, attended Old Paths Bible Baptist Church in Holley. After learning the trade of stone masonry and then working at Oldhome Farm in Walworth, he gained electronic work experience at Harris RF Communications. Next he moved to Medina, NY, to join Antioch Anabaptist Church, taking a job at Trek, Inc. Around this time, his father died suddenly on December 15, 2010, from being hit by a pickup truck while helping where a car went off a snowy road. Desiring to work in the out-of-doors, Elliott switched to working for Atwater Farms, and especially liked repairing and refurbishing equipment. Finally the time came to do what he had always wanted to do: own his own business. He formed All Things Fixed, LLC, and remodeled several portions of local homes and also repaired tractors and farm trailers, as well as personal automobiles, among other things. In addition, Elliott had much artistic ability and advanced from detailed drawings to amateur photography, turning it into a small side business. Occasionally he installed masonry heaters in New York and out of state, too. He married Hannah Hart after meeting her in Washington state on a masonry-heater installation trip. They married in a lovely riverside outdoor ceremony in Medina on August 13, 2016. They established their home in Medina and had their first child, Gideon Joel, on June 1 of the next year. Two days after Elliott’s soul departed this world, his wife gave birth to his daughter, Rachel Jane. Elliott was a cellist, having learned along with his father and three of his brothers while they lived in England. He was also the church song leader at AAC and a man who loved to quietly help people all around him with his many skills.

To order memorial trees or send flowers to the family in memory of Elliott Richard Parfitt, please visit our flower store.