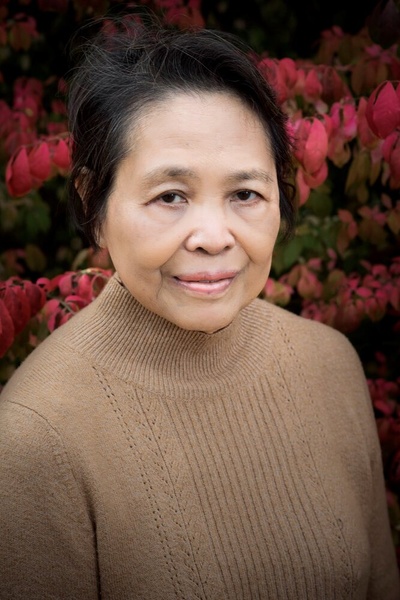 Godule Galope “Gigi” Barcena, entered into rest at her home with her family by her side on Tuesday, January 25, 2022 at the age of 76.

A daughter of the late Uldarico and Cleofe (Velez) Galope, Gigi was born in Kibawe, Philippines on July 6, 1945. She married Arthur F. Barcena in 1966 and in 1975 the couple immigrated to the United States. She has been a well-regarded member of the Medina community ever since and raised a family of four sons. She worked as a Registered Nurse, first at the Arnold Gregory Hospital in Albion, Albion Correctional Facility, the Medina Memorial Hospital and the Orchard Rehab & Nursing Center in Medina. Working up until a few months prior to her passing, Gigi was a hardworking and dedicated Nurse to say the least. Gigi possessed a professionalism and competency that she instilled in her family and also her many dear coworkers and friends in the community. Aside from her work life, Gigi was an excellent cook and loved to entertain. She also enjoyed line dancing and going to the casinos. She was a parishioner of Holy Trinity R.C. Parish, St. Mary’s Church in Medina and also belonged to the Filipino-American Association of Western New York. Gigi’s steadfast presence will be sincerely missed by her loving family, friends, coworkers and patients whom she so devotedly cared for over the years.

In addition to her parents, Gigi was preceded in death by her brother, Dixon.

A celebration of Gigi’s life will be held at a later date this summer. In lieu of flowers, memorial donations may be made to the Orleans Community Health Foundation, 200 Ohio St., Medina, NY 14103 or to Holy Trinity R.C. Parish, 211 Eagle St., Medina. Arrangements are in the care of Cooper Funeral Home, 215 W. Center St., Medina.

To order memorial trees or send flowers to the family in memory of Gigi Barcena, please visit our flower store.
Send a Sympathy Card