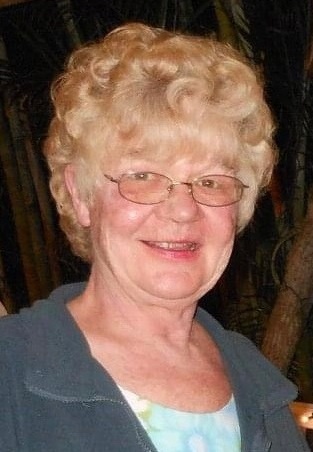 Irene was born October 23, 1947 to the late Charles and Sophie (Stuzenski) Will. In addition to her parents, she is predeceased by her brother, Michael Will and sister, Susan Fryer. She is survived by her remaining sister, MaryAnn Brown of St. Petersburg, FL and many beloved nieces, nephews, great-nieces and great-nephews, cousins and her dearest and best friend, Shirley of Houston, TX.

Irene was a member of CWA Locals 1122 and 1117 during her 26 year tenure at New York Telephone/NYNEX. Being the active, vibrant person she was, retirement was not her “thing.” After leaving the telephone company, she returned to college to complete an Associate’s degree. While figuring out what to do post-retirement, she became the Town of Alabama Assessor. Irene would enjoy that “something to do” for her remaining years. In fact, she liked it so much she was usually willing to help the neighboring towns, should they ever ask.

Irene always lived life to the fullest extent of those two quotes that she was known for. She was always one to make sure everyone at the party was having fun, including herself! While never having children of her own, she took great pride and joy in the upbringing of her nieces and nephews. Whether it be trips to the zoo or parks, long trips to New York City or simple visits to Auntie’s to swim, she always made sure to “Live it Up!”

Irene was a truly unique and one-of-a-kind person. She could be delightfully blunt at times, however, Irene’s hard exterior hid beneath a kind, loving and loyal friend. She will be missed very much by her many friends and acquaintances. Be it the “Sunday dinner boys” and Medina crew, to her friends over the years at Alex’s Place and back to the Tijuana Lounge. Irene was always the life and driver of the party.

As per Irene’s final wishes, there will be no calling hours. A memorial mass will be held at the convenience of the family in the near future. Memorials in Irene’s memory should be directed to the Alabama Volunteer Fire Dept., 2230 Judge Rd., Basom, NY 14013 or the Genesee County Animal Shelter, 3841 W. Main St. Rd., Batavia, NY 14020. Arrangements are in the care of Cooper Funeral Home, 215 W. Center St., Medina.

To order memorial trees or send flowers to the family in memory of Irene Will, please visit our flower store.
Send a Sympathy Card