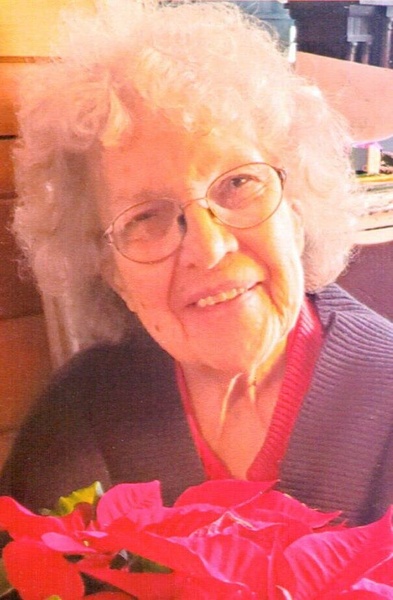 Kathalyn K. Peck, of Basom, better known to many as “Grandma Kay”, passed away peacefully on Tuesday, December 14, 2021 at United Memorial Medical Center in Batavia at the age of 93.

Born on November 25, 1928 in Basom, Kathalyn was a daughter of the late George and Mildred (Seibert) Kenward. A lifelong resident of the Basom area, she attended the one room school house in Basom and went on to graduate from Akron High School in 1946. She married the love of her life, the late Harry Peck in 1949 and together raised a family of three children. Early in life, Kathalyn worked as a currier for the Batavia Daily News and also as a clerk for G.C. Murphy Co. in Medina. She then worked for many years as an assistant at various podiatrist’s offices, lastly being Dr. Thomas Cianciolo in Clarence. Having accepted Jesus Christ as her Lord and Savior, Kathalyn had an incredibly strong faith, of which she instilled in her family. She was a lifelong member of the Alabama-Basom United Methodist Church where she also taught Sunday school for many years. She also volunteered through the Road to Emmaus and cooked for the Genesee County Men’s Prayer Breakfasts. Kathalyn also volunteered for many years at the VA Hospital in Batavia.

In addition to her parents, Kathalyn was predeceased by her husband, Harry in 1991; her sister, Coralyn (Robert) Anderson; daughter in-law, Karen Peck; and son in-law, Dennis Moden.

To order memorial trees or send flowers to the family in memory of Kathalyn K. Peck, please visit our flower store.