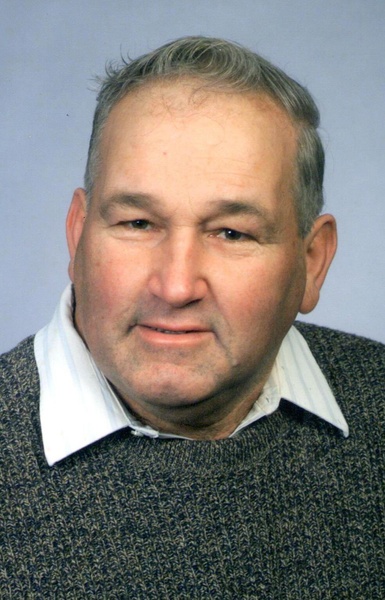 Kenneth E. Knights, 77, of Knowlesville, entered into rest on Tuesday, June 1, 2021 at the Martin-Linsin Hospice Residence in Albion following a long battle with Parkinson’s and heart disease.

Born January 21, 1944 in Medina, he was the son of the late Edmund “Ted” and Viola (Morris) Knights. Ken was a proud graduate of Medina High School, Class of 1962, having never missed a class reunion until last year. He married the former Mary Lee Gourd on August 19, 1972 and they began their life together on the family farm.

Ken was a lifelong farmer, owning and operating Kniland Dairy Farms in Knowlesville. In addition to dairy farming, Ken was known for growing and selling GIANT pumpkins in the fall. In his glory days, he could be seen single-handedly loading and unloading 200+ pound pumpkins. Ken was a member of the Medina Jaycee’s, a long-time board member of FSA and on the Agway Advisory Committee. Ken enjoyed a good hand of cards, especially Friday night poker games with friends and belonged to the Tuesday night bowling league in Medina.

To order memorial trees or send flowers to the family in memory of Kenneth E. Knights, please visit our flower store.