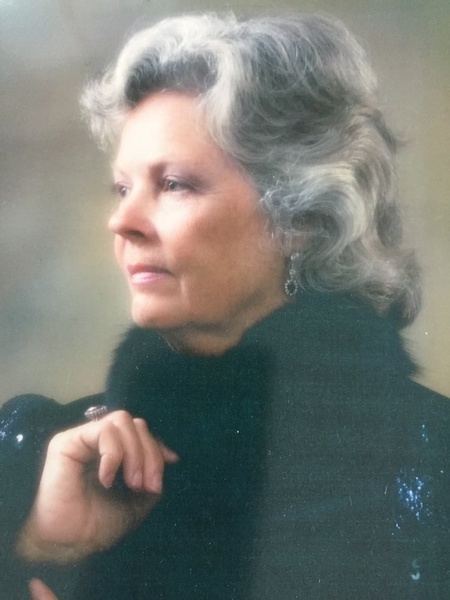 Marion Joan “Jo” Forrestel, a citizen of the world, passed away peacefully on August 12, 2021, in Buffalo, New York, surrounded by her loving family. Born, April 5, 1927 to Laurita Pearl Miles and Francis Joseph Payjack of Medina, New York, she married John Thomas Forrestel on November 26, 1949 in her home town. The couple had 10 children, all girls, in a span of thirteen years.

Jo was a strong and courageous woman. She and her husband were adventurers and both certified captains. They sailed their 51 foot ketch Liberty across the Atlantic and around the Mediterranean with a crew of four daughters. Jo was an accomplished celestial navigator and Morse code operator. Tom Forrestel passed away in the Greek Islands two years into the trip, leaving Jo to finish the voyage with her daughters. They eventually settled in Miami where, recognized for her accomplishment, she was the first woman accepted to Coral Reef Yacht Club. She and Tom had raced Snipes at Cuba Lake Yacht Club where she was also a member.

Before her marriage, Jo had worked in the accounting office at Payjack Oldsmobile. She loved horseback riding, curling, bowling, and was an avid golfer. She was captain of her basketball team at Medina High School and Penn Hall. An accomplished violinist, she was first chair in the Genesee Symphony Orchestra.

When not traveling, Jo hung her hat in several places, Medina, Miami, Cuba Lake, Savannah, Baltimore, and Buffalo. She touched and was an inspiration to many lives, having a wonderful sense of humor and interest in everyone she met.

She was predeceased by her husband, John Thomas Forrestel in 1977; her daughter, Abigail Louise in 1962; and her twin sisters, Maxine Johnston and Marcia Botsford.

Her Mass of Christian Burial will be celebrated on Tuesday, August 17th at 10:30am at Holy Trinity Parish, St. Mary’s Church, 211 Eagle St., Medina. Interment in St. Mary’s Cemetery. Funeral arrangements are in the care of Cooper Funeral Home, Medina.

To order memorial trees or send flowers to the family in memory of Marion Joan Forrestel, please visit our flower store.