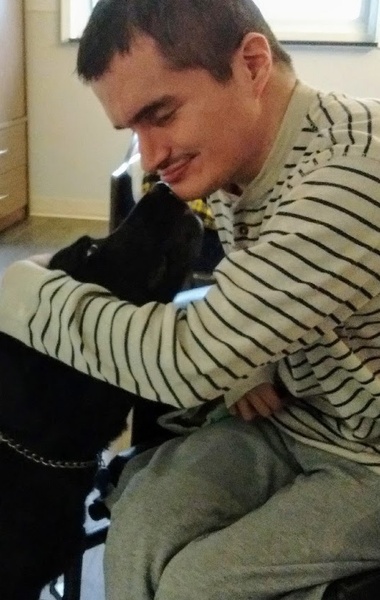 Nathaniel J. Casey, 28, of Medina entered into rest on Sunday December 27, 2020 after a long battle with Vascular Ehlers-Danlos Syndrome (VEDS).

Born March 15, 1992 at Buffalo Children's Hospital, Nate was a son of the late Rodney A. Casey and Maria (Gonzalez) Casey. Being born visually impaired Nate attended VIP preschool in Amherst. He then continuing public school in the Medina School District and graduated from Medina High School in the class of 2011. Attending the Carroll Center in Massachusetts, Nate became certified in Independent Living. While at the Carroll Center he became a member of the fencing team. He learned to use a white cane at the age of 3 years old and started instruction in braille. He was fluent in braille achieving a level 3 competency.

Nate went on to earn a Bachelor’s degree in Philosophy and minors in Religious Studies and Music Theory from Buffalo State College. He participated in the SEE program through Canisius College and worked with the Architecture School at SUNY Buffalo designing signage and facility design.

Aside from Nate’s many scholastic achievements, he participated in horseback riding with EquiStar, ice skating with Sabah and participated in many Special Olympics over the years. Nate would not have been able to achieve all that he accomplished without his loyal companion and guide dog, Milo, who will miss him dearly.

Nate was predeceased by his father, Rodney A. Casey. He is survived by his mother, Maria Casey; his brother, Rodney R. Casey; grandmother, Shirley Whittleton; grandparents, Robustiano and Benita Gonzalez; and longtime family friend, Cliff Carpenter.

A prayer service will be held on Monday, Jan. 4th at 11:00 a.m. at Cooper Funeral Home, 215 W. Center St., Medina followed by a graveside committal service at Lynhaven Cemetery in Lyndonville. Masks and social distancing will be mandatory per NYS COVID restrictions.

In lieu of flowers, memorials may be made to Freedom Guide Dog, 1210 Hardscrabble Rd., Cassville, NY 13318 or The Activities Department, Newfane Rehab and Care Center, 2709 Transit Rd., Newfane, NY 14108.

To order memorial trees or send flowers to the family in memory of Nathaniel J. Casey, please visit our flower store.