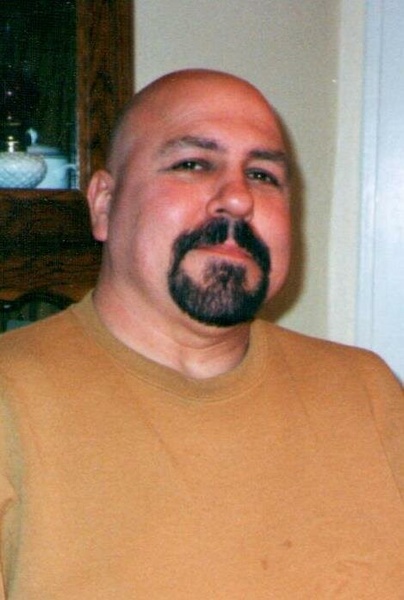 Paul M. Hoffman, 65, of Medina, passed away on Wednesday, September 14, 2022 at the Martin-Linsin Hospice Residence in Albion following a battle with brain cancer.

Born January 18, 1957 in Medina, he was a son of the late John and Geraldine (Cady) Hoffman. Paul graduated from Medina High School in the class of 1975. He went on to serve in the U.S. Navy from 1975-1979 aboard the U.S.S. Forrestal. Paul was a man of impressive strength and stature. He was a weight lifting enthusiast and competed in various lifting competitions. He was a founding member of the Barbell Club at the Y.M.C.A. in Medina, which started in 1982. He worked security for Darien Lake, stage security, at Ralph Wilson Stadium, Key Bank Center and for the Town Ballroom. Paul worked for many years at Associated Brands in Medina and lastly, for Benlin Distribution Services in Buffalo as a shipping supervisor. A gentle giant to many, Paul was known for his great sense of humor and loved to joke around. He enjoyed playing bass guitar, going to concerts and listening to classic rock and heavy metal music. He also enjoyed collecting knives and loved to grill and cook out.

In addition to his parents, Paul was predeceased by his brother, David Hoffman in 2018 and step-daughter, Jennifer Lacey in 2009.

Left to cherish his memory are his two children, Kurt Hoffman of Rochester and Jill (CJ) Kenward of Medina; grandson, Ryker Kenward; brother, Robert Hoffman of Middleport; and many dear friends.

Calling hours will be held on Monday, Sept. 19 from 5-7PM at Cooper Funeral Home, 215 W. Center St., Medina. Memorial service will be held at the funeral home on Tuesday, Sept. 20 at 11AM followed by interment in West Ridgeway Cemetery.

In lieu of flowers, donations may be made to Supportive Care of Orleans at www.supportivecareorleans.org

To order memorial trees or send flowers to the family in memory of Paul M. Hoffman, please visit our flower store.
Send a Sympathy Card