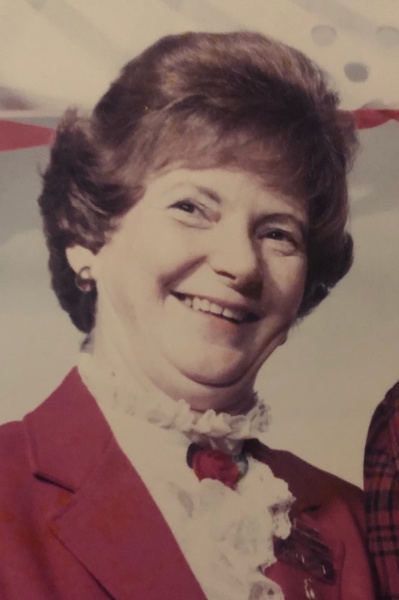 Rosemary (Fuller) Pray, loving wife, sister and aunt, passed away peacefully on April 1, 2021 at home surrounded by her loved ones.

She was born May 28, 1930 a daughter to Wilbert and Edna (Harch) Fuller. On March 15, 1955 she married the love of her life, Edward Eugene Morley Pray. They made their home on Harrison road in Shelby, NY.

Rosemary served the community through her involvement in the Shelby Volunteer Fire Co. Ladies Auxiliary. She served as President and many other officer positions. She worked many weddings, served coffee and sandwiches at fire calls, worked social events and spent many hours scrubbing the kitchen to ensure it was up to code. Rosemary was the only woman from Orleans County to serve as President of the Ladies Auxiliary of the Firemen's Association of the State of New York (LAFSNY) from 1984-1986. She was a leader of the Shelby Volunteer Fire Co. Ladies Junior Auxiliary and taught many young ladies first aid, service, etiquette and introduced them to experiences outside of their small community. Rosemary worked as a hairdresser, cake baker and as a school bus driver for Medina Central School District. She was a member of the Happy Wanderer’s Camping Club and enjoyed camping with family and friends. She was also an avid bowler, competing in many competitions over the years, loved playing softball, enjoyed cooking, sewing, knitting, canning fruits and vegetables. She was known as the energizer bunny and could run circles around people half her age.

To order memorial trees or send flowers to the family in memory of Rosemary Pray, please visit our flower store.