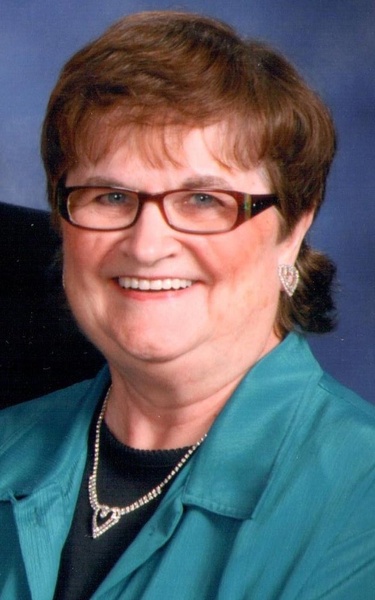 Born March 25, 1937 in Albion, Shirley was a daughter to the late Carl Wayne and Marie (Robinson) Sargent. She graduated in the class of 1955 from Albion High School. She moved to Medina and took a job at FMC in Middleport. Soon after she married the love of her life, Richard “Pook” Bielak on September 7, 1957 at St. Mary’s Roman Catholic Church in Medina. Shirley worked in the catering business for a few years before starting her career in the cafeteria at the Oak Orchard Elementary School in 1972. In 1990 she was promoted to manager until retirement in 2011. Shirley was a parishioner at the former Sacred Heart of Jesus R.C. Church in Medina where she was a member of the Rosary Society until its closing, after which she became a parishioner at Holy Trinity R.C. Parish, St. Mary’s Church. Shirley enjoyed family gatherings and spending time with her grandchildren. She also enjoyed doing crafts and playing her weekly game of cards with her daughter, Rindy.

Her Mass of Christian Burial will be celebrated on Saturday, August 7th at 11:00 a.m. at Holy Trinity Parish, St. Mary’s Church, 211 Eagle St., Medina. Burial will be in Sacred Heart Cemetery and a luncheon will follow at the Sacred Heart Club, 189 N. Gravel Rd., Medina. In lieu of flowers, memorials may be made to the Medina Memorial Hospital-North Wing Activities Dept., 200 Ohio St., Medina, NY 14103. Arrangements are in the care of Cooper Funeral Home, Medina.

To order memorial trees or send flowers to the family in memory of Shirley A. Bielak, please visit our flower store.