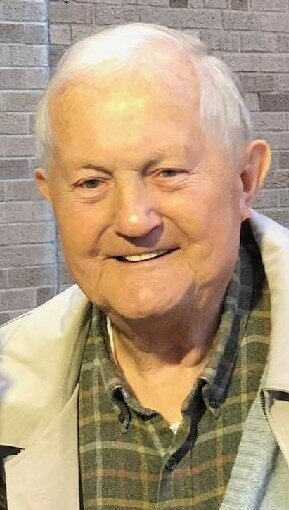 Stephen Arthur Leffler, passed away on Thursday, May 12, 2022 due to complications of emergency surgery. He was 83 years old.

Born to the late Elmer and Mildred (Bruning) Leffler on June 21, 1938, Stephen lived his entire life in the West Shelby area where he grew up with and later married Bette (nee Caleb) 63 years ago.

Steve worked for many years at GM Harrison Radiator in Lockport, retiring as a maintenance foreman. He was a member of Holy Cross Lutheran Church in Middleport. Steve was a talented remodeler and woodworker.  In addition to his own home, he lent a hand to each of his children to build, repair or remodel their homes. He also created elaborate birdhouses and he was very proud of his over the top Christmas light displays. His favorite saying was no sweat, no big deal.

Steve took his family on camping trips for a number of years and then traveled throughout the US with Bette, Shelley and Stephanie logging many miles and adventures. He was always ready for a trip, especially to St. Pete’s Beach and the Outer Banks where we would meet up with family. Steve was blessed to have all his family nearby and considered eight at the dinner table a normal day, not a special occasion. He had a special relationship with granddaughter, Stephanie and with his caretaker cat, Pippi.

A highlight every year for Steve was his birthday and Father’s Day clambake hosted by Amy and Art. At one of these parties it was famously stated “Steve Leffler, the greatest man I’ve ever known”. We think so.

To order memorial trees or send flowers to the family in memory of Stephen A. Leffler, please visit our flower store.
Send a Sympathy Card