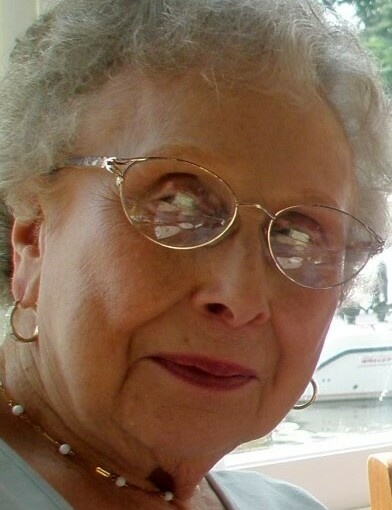 Wilma E. Goldsmith of Medina entered into rest peacefully on Tuesday, February 15, 2022 at the Martin-Linsin Residence in Albion.

Born in Brockville, NY on June 30, 1926, Wilma was the daughter of the late George and Ida (Di Laura) Vendetta. Wilma attended the Brockville School and graduated from Holley High School in 1944. An excellent math student, Wilma became a bookkeeper for the H.J. Heinz Co. in Medina and later assistant comptroller for Sigmamotor in Middleport and SIGMA in Medina. After retiring, Wilma worked part-time as a bookkeeper for Johnston’s Linens in Medina. Wilma was active with the Red Hat Society of Medina as well as the Senior Citizens of Western Orleans and Johnson Creek. Wilma enjoyed country music, travel, cooking, sewing, quilting, shopping, and spending time with family and friends.

Service announcement: Graveside committal service will be held on Friday, April 29th at 11am in West Ridgeway Cemetery in the spring. In lieu of flowers, please make donations to the Alzheimer’s Association of Western New York at www.alz.org. Arrangements are in the care of Cooper Funeral Home, 215 W. Center St., Medina, NY 14103.

To order memorial trees or send flowers to the family in memory of Wilma E. Goldsmith, please visit our flower store.
Send a Sympathy Card