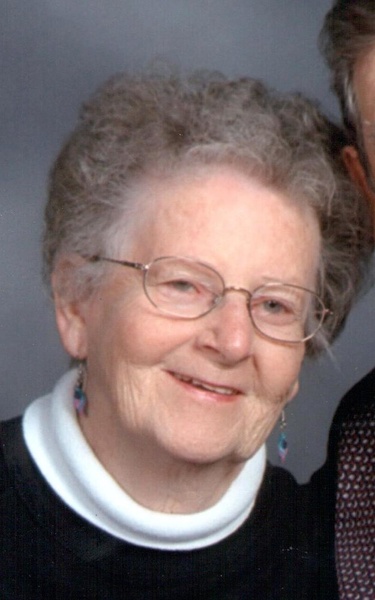 Mrs. Alvah E. Grout passed away on February 4, 2017 at the Orchard Manor Nursing Home with her loving family at her side. Mrs. Grout was born in Buffalo, June 18, 1923, a daughter of the late Howard and Mary E. (Stinson) Loomis. She married Franklin L. Grout, Jr. on April 5, 1941. They shared a very special love that lasted throughout the 75 years they were married. Together, they were known for their hospitality and love for their family and many friends. Mrs. Grout was employed by Harrison Radiator Division of GMC for several years and also was a waitress in Lockport area restaurants. She enjoyed crocheting and making teddy bears and jewelry. She played the organ and key board in her band, in a retirement community in Florida. Survivors include 3 children, Martha (Norman) Walker, George (Kathy) Grout and Paul (Sally) Grout; 9 grandchildren, Leah Hamilton, Tandy Hamilton, Jeff (Glenda) Walker, Michelle (Chris) Greene, Brian Grout, Matthew Grout, Michael Grout, Elisabeth Etopio and Stephen (Rachael) Grout; 10 great grandchildren; many loving nieces and nephews. She was predeceased by her husband, Franklin L. Grout, Jr. on April 20, 2016 and her son, Franklin L. Grout, III, and 2 sisters, Jean Huckeby and Marge Quinlan. The date and time of the funeral arrangements are incomplete. Memorials may be made to a charity of one’s choice. Interment will be in White Chapel Memorial Park Cemetery.
To order memorial trees or send flowers to the family in memory of Alvah Elizabeth Grout, please visit our flower store.