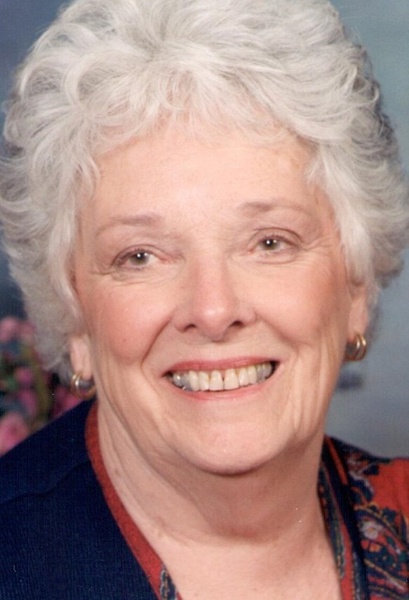 Barbara S. Cotriss, 89 of Medina passed away on August 29, 2019 at the Martin-Linsin Residence in Albion.

Born March 21, 1930 in Buffalo, Mrs. Cotriss was a daughter of the late Lee and Susan (Ritzenthaler) Scarborough. She graduated from Medina High School in 1947. In 1951, Barb and her father opened a small public accounting office in Medina. Over the years, she expanded the practice and continued in the profession until her retirement in 1995. On November 14, 1953 Barb married Edward Cotriss at St. Mary’s R.C. Church and together they raised two children. Her greatest joy was spending time with family and friends at the home she and her husband built on Oak Orchard Creek. She was a lifelong parishioner of Holy Trinity Catholic Parish, St. Mary’s Church. Having served in many volunteer capacities within her community, Mrs. Cotriss was most proud of her 20 years work with the Medina Central School District Board of Education. In 1971 she was the first woman elected to the board and later became the first female board president.

Mrs. Cotriss was predeceased by her husband, Ed on June 29, 1995; her sister, Betty Piedmont and sister in-law, Genevieve Cotriss.

There will be no prior calling hours. Her Mass of Christian Burial will be celebrated on Thursday, Sept. 12th at 10 a.m. at Holy Trinity Parish, St. Mary’s Church in Medina. Interment will be in Sacred Heart Cemetery.

In lieu of flowers, the family would appreciate any memorial donations to be made to Hospice of Orleans, P.O. Box 489, Albion, NY 14411 or to a charity of one’s choice.

To order memorial trees or send flowers to the family in memory of Barbara S. Cotriss, please visit our flower store.