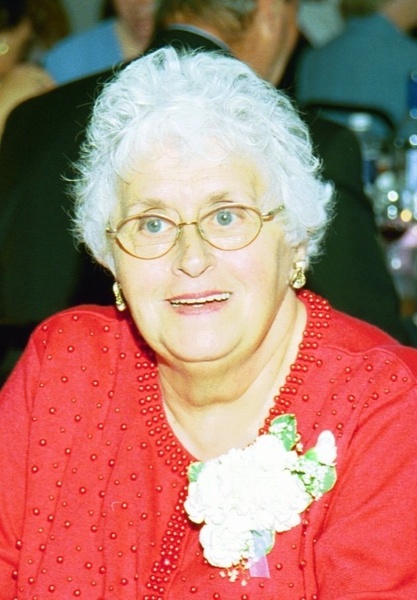 Barbara A. (Wagner) Hebdon, 83, of West Street in Arcade, loving mother, grandmother, great-grandmother and friend, passed away peacefully at her home on Friday, April 3, 2020.

Born in Arcade on January 30, 1937, Barb was the only child of the late Milton B. and Mae E. (Robbins) Wagner. She graduated from Arcade Central School in the class of 1956. She married Kenneth F. Hebdon and together they raised a family of four children, Jodie, Jennie, Jamie and Julie. Beginning at the age of 15, Barb worked as a legal secretary, first for Robert Bentley, Esq. and then for most of her career for Ward & Kutzuba in Arcade. She retired in 2012 at the age of 75. She also worked as a secretary at the Arcade Elementary School and was an active board member of the Arcade Rural Cemetery Association. Not only was she a proud lifelong member of the Arcade community, she was a true matriarch. Barb was the glue that held her family together. Through hard times and good, she was always there to help and support her children and grandchildren. A visit, a silly joke, a chat over coffee, always with classic country music playing in the background, her warm home was always open to all. She was also an animal lover and took in many strays and rescues over the decades. Barb was known for her infectious sense of humor. She relished in lightening the mood and making others smile. She leaves behind a legacy of humor, love and compassion.

In addition to her parents, she was predeceased by her husband, Ken Hebdon in 2002.

A memorial service and celebration of Barb’s life will be held at a later date to be announced. She will be laid to rest in the Arcade Rural Cemetery next to her parents and husband. Barb’s family is forever grateful to her daughter, Julie and granddaughter, Ginny, who's loving care allowed her to stay in her home that she loved so very much.

In lieu of flowers, memorials in Barb’s memory may be made to the Arcade Fire Department. Arrangements were entrusted to W.S. Davis Funeral Home in Arcade.

To order memorial trees or send flowers to the family in memory of Barbara A. Hebdon, please visit our flower store.