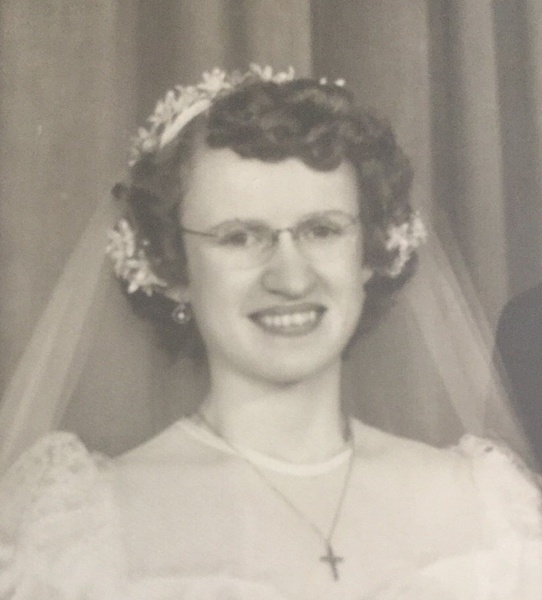 Beatrice (Beattie) Leona Bale, age 87, passed away peacefully on September 5, 2017, 2017 at the Martin-Linsin Residence.  Beatrice was born July 1, 1930, in Buffalo, New York, the daughter of the late George and Minnie (Rung) Reigle.

On May 20, 1950, Beatrice married the late Raymond John Bale, and they resided in Medina the rest of their lives. They were married for well over 50 years.  Beatrice worked since 1947 at Medina Memorial Hospital in Medina, until her retirement in 1995, having worked at the hospital for over 45 years.  After retirement, Beatrice volunteered as a “Grandma” at Lyndonville Central School Kindergarten Class for many years, which she thoroughly enjoyed.

In addition to raising her five children, she also enjoyed traveling including visits to Alaska, Hawaii and cruising to many exotic locations.  She loved gardening, feeding the birds, knitting, crocheting and sewing as well as spending time at the Senior Citizens of Western Orleans in Medina where she was a member.  Beatrice thoroughly enjoyed her family, and her animals including a dog and a cat, and enjoyed her visits with her grandchildren and great grandchildren.

As per Beattie’s wishes, there are no calling hours and the funeral will be private for the family.  In lieu of flowers, memorial donations can be sent in her name to the Juvenile Diabetes Research Foundation, 331 Alberta Drive #106, Buffalo, N.Y. 14226 or Hospice of Orleans, P.O. Box 489, Albion NY 14411.

To order memorial trees or send flowers to the family in memory of Beatrice L. Bale, please visit our flower store.