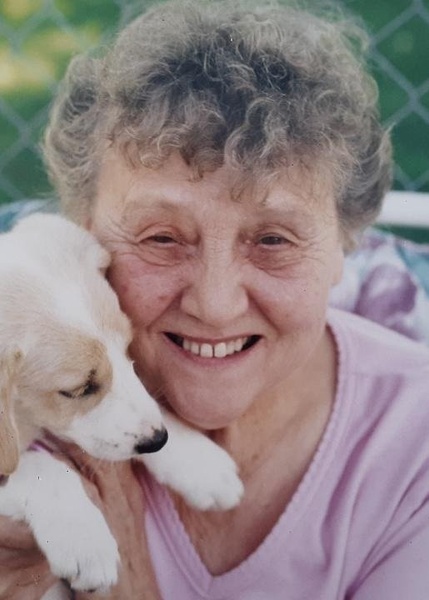 Mrs. Beryl Barnes, of Shelby Center entered into rest peacefully on Sunday, November 3, 2019 at her home at the age of 88.

Born December 2, 1930 at her family home in Runcorn, Cheshire, England, she was a daughter of the late Wilfred H. and Nellie (Warren) Youd. She met Edward A. Barnes in England while he was serving in the U.S. Air Force. They were married in England on May 30, 1953. In 1955 the couple came to the United States and raised a family of five children.

She was predeceased by her husband, Edward, on April 2, 1995; sisters, Joan Faulkner, Mona Faulkner and Doreen Hosker; and her brother, Wilfred H. Youd in 2002.

Friends may call on Friday, Nov. 8th from 4-7 p.m. at Cooper Funeral Home, 215 West Center St., Medina, where her funeral service will be held on Saturday at 11 a.m.  Burial will be in Mount Pleasant Cemetery, West Shelby.

To order memorial trees or send flowers to the family in memory of Beryl Barnes, please visit our flower store.