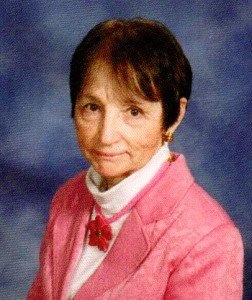 Mrs. Carol Buondonno, of Medina, passed with peaceful grace on Saturday morning, May 14, 2016 at her home surrounded by her loving family. After her courageous competition with Breast Cancer beginning in 2014, Carol’s contest resumed in March 2016 with stage four Breast Cancer that metastasized to the liver and lungs. Her unwavering faith in God, and the love and prayers of family, friends, and many supporters carried her through her remaining time on earth. Known for her ability to engage in conversation with family and strangers alike, she possessed a contagious calming demeanor and exemplary sense of both patience and kindness. Throughout her life, she maintained a charisma that won the trust and hearts of many. This characteristic continues to influence others by her witness of constant nurturing love and faith. Her signature gift of counsel and compassion to those in search of guidance will never be forgotten and will remain admirable. A woman of faith and the heart of the Buondonno family, Carol helped navigate her children’s spirituality through tireless Christian example, and also through support to various Catholic groups, volunteer work and support of community activities. With a passion and delight for life, Carol raised her children over the years to appreciate the gifts of time, education, dance, music, nature and faith. She especially enjoyed spending time with her grandchildren, sipping coffee and tea, trips to various waterfronts as well as travel and exploration with friends and family. Carol was born in Medina, August 19, 1947, a daughter of the late Walter L. “Sparky” and Winifred Ellen (Thompson) Adams. A graduate of Medina High School, class of 1965, she also attended the cosmetology program at BOCES. On April 14, 1972, she married Vincent A. Buondonno and the couple resided in Medina, NY. Carol was an administrator for St. Mary’s RC Church/Holy Trinity Parish for over 30 years where she touched many lives. Due to her humble nature, many may be surprised to learn that when Carol was a mere 18 years old, the Catholic Daughters Local Chapter was in jeopardy of ceasing due to lack of interest and a community regent, as such, she embraced the role and revitalized the community chapter where she remained both an active member and served as Regent of Court Santa Maria #295, Catholic Daughters of the Americas throughout her entire life. Carol also served on numerous local committees and often nobly offered her support to others. Carol was recognized with the Saint Joseph’s Worker award in April 2010, for her unceasing acts of volunteer work. Her selfless deeds and quest to help others, often declining acknowledgment or formal recognition, is an endearing trait that Carol will be remembered for. Survivors include her husband, Vincent A.; Four children, Caroline M. (Kenneth) Smith, Jennifer A. (Miles) Buondonno McHugh, James V. Buondonno and John A. (Jennifer L.) Buondonno; Eight grandchildren, Conner J. Allport, Khloe E. Smith, Milana A. McHugh, Maximilian V. McHugh, Kaiden J. Buondonno, Melanie R. Buondonno, Mia K. Hobbs and Jack E. Buondonno; her sister, Gail F. (Shaun Wakefield) Sarchia; several nephews; Jeremy Bensley, Christopher, Michael, James and Nicholas Adams. She also leaves behind numerous loving relatives and friends. Carol was predeceased by her parents, and her brother, Walter J. Adams, on Oct. 27, 2012. The family wishes to thank all of those who cared for Carol during her illness and especially to those who continue to support our family during this transition. Friends may call on Friday May 20, 2016 (2-4 or 7-9pm) at Cooper Funeral Home, 215 West Center Street, Medina, N.Y. The Rev. Daniel J. Fawls will celebrate her Mass of Christian Burial on Saturday May 21, 2016 at 11am at Holy Trinity Parish/St. Mary’s Church in Medina, N.Y. The continued celebration of her life to her place of final rest will resume at St. Mary’s Cemetery following the mass. Memorials may be made to Lee-Whedon Memorial Library, Knights/Kaderli Memorial Fund, or Hospice of Orleans County.
To order memorial trees or send flowers to the family in memory of Carol Buondonno, please visit our flower store.