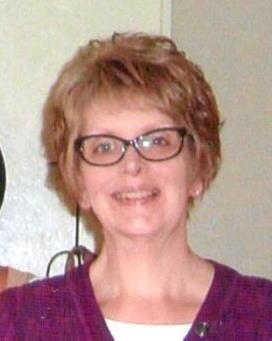 Mrs. Christine M. Washak, of Medina, lost her valiant battle with cancer after three and a half years on March 10, 2017 at her home surrounded by her family. Christine was born in Medina, September 15, 1964, a daughter of Phyllis (Hass) Anstey- MacKay and William Anstey. A graduate of Royalton-Hartland High School, class of 1982 and Genesee Community College, class of 1984, she married James R. Washak. Christine was employed by Webster, Schubel & Meier, LLP, as a legal secretary. She considered the law firm her second family and provided twenty eight years of dedicated service. She enjoyed spending time with her animals, loved flower gardening, was an avid reader and loved chocolate. She was a good friend to everybody. Survivors include her husband of 29 years, James R. Washak; her son, Jamie (Emily Plummer) Washak; her daughter, Jessica (Collin Henderson) Washak and the love of her life, her granddaughter, Eliza Rose Washak; her mother, Phyllis MacKay; her father, William (Jacqui) Anstey; her brother, Kenneth (Jeanne) Anstey; step-sister, Debbie MacKay; mother and father-in-law, Margaret and Edwin Washak; sister-in-law, Lori Poole; several nieces and nephews. She was predeceased by her step-father, Roger MacKay. Relatives and friends are invited to attend her Memorial Service on Saturday, March 18th at 11AM at the United Methodist Church, 9 Park Avenue, Middleport. The Rev. James Knapp will officiate and inurnment will be in the Hartland Central Cemetery Columbarium. In lieu of flowers, memorials may be made to Hospice of Orleans, PAWS or a charity of one’s choice.
To order memorial trees or send flowers to the family in memory of Christine M. Washak, please visit our flower store.