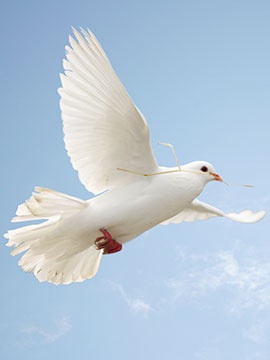 David W. Draper, 63, of Medina, entered into rest Wednesday, July 6, 2016 at Buffalo General Hospital. David was born in Clarkson, NY on May 15, 1953, a son of the late Roy M. Draper, Sr. and Lois (Hill) Draper. He graduated from Medina High School in the class of 1973. He went on to have a career in maintenance for Albion Central School District for 31 years. David enjoyed watching classic television series and tinkering in his shop on various projects. He also loved the outdoors and camping and especially loved adopting and caring for rescued cats. Survivors include his wife, Linda A. Draper; step-son, Mark Wieczorek; his sister, Clarissa Pascara; brothers, Richard (Pat) Draper and William (Pauline) Colburn; also several nieces and nephews. David was predeceased by his two brothers, Roy Draper, Jr. and William Draper. A memorial service will be held on Saturday, July 9th at 10AM at Cooper Funeral Home, 215 W. Center St., Medina, NY 14103. Burial will be in Mt. Olivet Cemetery, Brockport. In lieu of flowers, donations may be made to the American Cancer Society.
To order memorial trees or send flowers to the family in memory of David W. Draper, please visit our flower store.