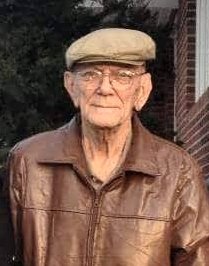 Dean was born in Gaines, NY on March 23, 1929, the son of Frank and Christina (Densmore) Brooks.  As a boy, he called Eagle Harbor home.  After military service, Mr. Brooks resided in the Medina and Lyndonville areas for the remainder of his life.Dean enlisted in the U.S. Air Force at 17 and enjoyed a 23 year career before retiring as First Master Sergeant.  His career spanned World War II, the Korean War and Vietnam War and included many accolades.  After retirement, Dean began a career as a narcotics officer and then transitioned to a NYS correctional officer having worked at Attica and Albion before retiring.

Dean married Ruby Palagyi (Moore) on October 7, 1953 and they had four daughters.  On August 1, 1969 he married Dolores Rowland and they became a blended family of Dean’s four daughters and Dolores’ two daughters and son.  Dean and Dolores had one daughter.  Dean was a lifetime member of the VFW Post #1483 and a member/former member of Jr. Wilson’s Sportsmen’s Club and the American Legion.  Dean was known for being a commanding figure yet he possessed a wonderful sense of humor and in his earlier years, lived his life by the motto of eat, drink and be merry.  His family was his treasure and he was his family’s hero.

Friends will be received on Saturday, May 19 (11-12) at Cooper Funeral Home, 215 West Center Street, Medina, NY 14103, which will include Military Honors under the auspices of Veterans of Foreign Wars Lincoln Post #1483 and Butts-Clark Post #204.  The service will be followed by a gathering in Dean’s honor at the VFW Lincoln Post #1483, 216 East Center Street, Medina, NY beginning at noon.  Interment will be in Mt. Albion Cemetery at a later date.

Memorials may be made to a charity of one’s choice.

To order memorial trees or send flowers to the family in memory of Dean W. Brooks, please visit our flower store.