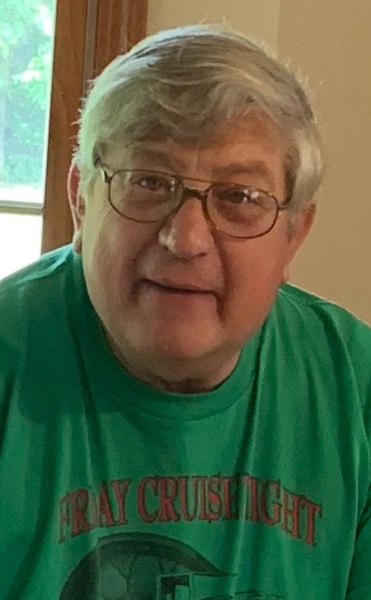 Born February 1, 1956 in Medina, Dennis was the son of the late Harry and Margaret (Jones) Oberther. He graduated from Albion High School in the class of 1974. He was employed as a fork lift operator for 30 years at Jamestown Containers, Rochester. Dennis was a member of the Harvest Christian Fellowship in Albion where he served as an usher. He was a classic car enthusiast and loved motorcycles.

In addition to his parents he was predeceased by his brothers, Earl Oberther in 1993 and Herbert Oberther in 2021.

Calling hours will be held on Friday Aug. 26 from 4-7:00PM at Cooper Funeral Home, 215 W. Center St., Medina. His funeral service will be held on Saturday, Aug. 27 at 1:00PM at the funeral home. Rev. Timothy Lindsay will officiate and interment will be in Millville Cemetery.

In lieu of flowers, memorial donations may be made to the Wilmot Cancer Institute, towards Glioblastoma Research at www.urmc.rochester.edu/cancer-institute/giving  or PO Box 278996, Rochester, NY 14627 or to the Orchard Rehab & Nursing Center, 600 Bates Rd., Medina, NY 14103.

To order memorial trees or send flowers to the family in memory of Dennis T. Oberther, please visit our flower store.