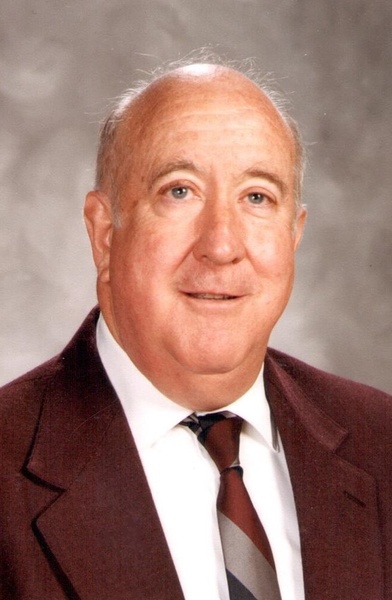 Fulmer “Dick” Hiwiller, 75, of Medina, passed away peacefully at Highland Hospital, Rochester, on April 18, 2016. Born on May 15, 1940, in Kane, PA, he was the beloved son of the late Charles Glenn and Louise (DeViney) Hiwiller. Dick grew up in Knox, PA, and graduated from Keystone High School. He was a graduate of Allegheny College where he earned a Bachelor of Science in both Biology and Psychology. He completed graduate work at Brockport and Cortland Universities. Dick was a gifted teacher and coach. He began his career in Ripley, PA where he taught middle school Science and coached baseball. He then continued his career at Medina Central Schools where he taught Science, coached baseball and softball, worked as a school psychologist, administrator, guidance counselor, and was a longtime MTA Chief Negotiator. One of his many joys was coaching, and he continued to share fond memories of his baseball and softball players up until his passing. He retired after 40 years of service, but returned often as a substitute teacher. In addition, he considered it a privilege to be able to serve as Assistant Principal (teacher on special assignment) for Niagara BOCES, overseeing their summer school program for 17 years. Dick was a member of First Presbyterian Church of Medina, where he served as an Elder. He also enjoyed volunteering at Medina Memorial Hospital’s ambulatory surgery unit. He always looked forward to playing cards and golfing with his close friends and colleagues. One of Dick’s greatest joys came from the annual family vacation with all of his children and grandchildren at the New Jersey Shore. He adored his family and nothing gave him more enjoyment than cheering on his grandchildren at all of their sporting events and activities. Survivors include his loving and devoted wife of 53 years, Marilyn Boyd Hiwiller of Medina; his cherished children, Deborah (Richard) Stern of Lockport; Glenn (Cynthia) Hiwiller of North Tonawanda; and Holly Leonardo of Rochester; his precious grandchildren, Nathan, Kyle, and Brett Stern of Lockport; Claire and Jack Hiwiller of North Tonawanda; Nicholas Cafarelli, Ashley, Christian and Brandon Leonardo of Rochester; his beloved sister, Maryne Hiwiller (Ed) Black of Knox, PA; nephew, Jack (Samikay) Giering and niece, Jill (Kerry) Miller. He was also predeceased by his brothers, Jack and Glenn Hiwiller. Friends and acquaintances may call on Friday from 4-8PM at Cooper Funeral Home, 215 West Center Street, Medina. A service of celebration will be held on Saturday at 10:30 AM at the First Presbyterian Church of Medina, 522 Main Street. Interment will be in Hartland Central Cemetery, 8451 Ridge Road, Gasport. Everyone is invited to join the Hiwiller family in the church dining room following the service. Memorial donations to the First Presbyterian Church of Medina, Catholic Charities or a charity of one’s choice would be appreciated by the family. The family would like to extend heartfelt appreciation to the staff of Highland Hospital for their kind and compassionate care.
To order memorial trees or send flowers to the family in memory of Dick Hiwiller, please visit our flower store.