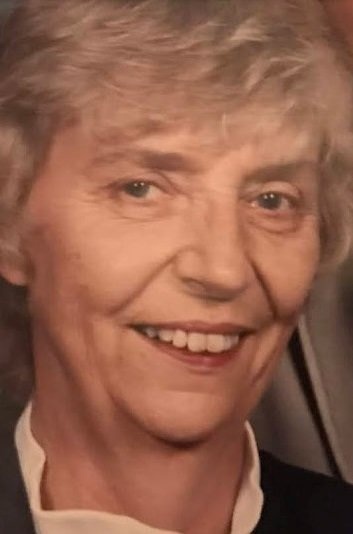 She was born on July 19, 1934 in Buffalo, the fourth of Thomas and Gerda (Maier) Martin’s nine children. The family eventually moved to Oakfield where Donna graduated from high school in 1952. She then worked as a secretary and a telephone operator. On September 14, 1957 Donna married Robert Beyer, Sr. Soon after, they settled in Medina in the house where Donna lived for the rest of her life, even after Bob’s passing in 2000. It is here that they raised their four children and where family and friends gathered throughout the many years. Family was always most important to Donna. From her earliest days with her brothers and sisters playing in their rural neighborhood and working on the Elba mucklands, to the countless gatherings and reunions with her large extended family. Spending time with her loved ones was her greatest joy.

Active in the Medina community, Donna was a parishioner of Holy Trinity Catholic Parish, St. Mary’s Church and was a member of the Catholic Daughters of the Americas, Court Santa Maria #295. She was a Twig volunteer at Medina Memorial Hospital’s gift shop, the MAAC clothing depot and food pantry and at numerous blood drives. She also volunteered on many election days at the Town of Shelby’s polling site. While Donna’s children were young, and later with her granddaughter and great-nieces and nephews, she was an active member of the Medina High School Parents Athletic Club, attending many sports games and other school events.

Besides her parents and her beloved husband, Donna was predeceased by her brothers, Thomas Martin, Jr., Ronald Martin and sister, Gerda “Sunny” Watts.

In lieu of flowers, memorial donations may be made to the Medina High School Parents Athletic Club, St. Jude Children’s Research Hospital, or a charity of the donor’s choice.

To order memorial trees or send flowers to the family in memory of Donna M. Beyer, please visit our flower store.