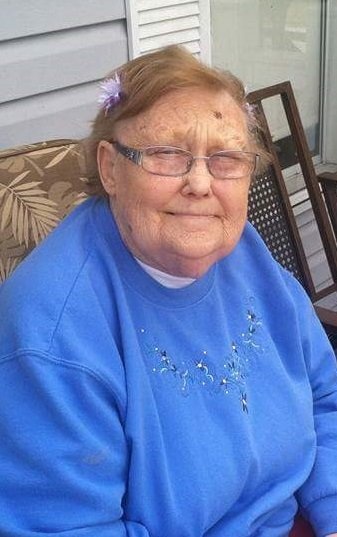 Born October 25, 1932 in Middleport, Dorothy was the daughter of the late Walter and Alice (Altman) Schultz. In September of 1949 she married William F. LeVan. Together they raised six children and were lifelong residents of the area. Dorothy was a homemaker most of her life and enjoyed playing bingo, gardening, taking care of her lawn, going to yard sales and local carnivals and taking trips to the lake. She especially enjoyed her Sunday “fest” with her family.

Calling hours will be held on Wednesday from 4-7 p.m. at Cooper Funeral Home, 215 W. Center St., Medina, where her funeral service will be held on Thursday at 10 a.m. The Reverend Michael Stephenson will officiate and interment will be in Royalton Mountain Ridge Cemetery.

In lieu of flowers, memorial donations may be made to Medina Memorial Hospital- Skilled Nursing Facility, 200 Ohio St., Medina, NY 14103.

To order memorial trees or send flowers to the family in memory of Dorothy A. LeVan, please visit our flower store.