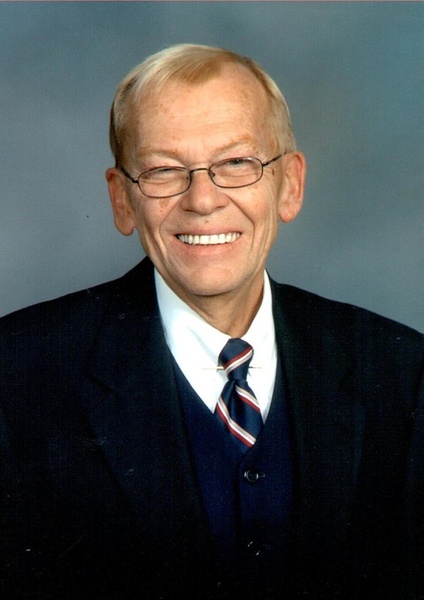 Mr. Holbrook was born in Brockport, NY, November 3, 1935, a son of the late Justin Earl Holbrook and Olive Edith (Bonter) Butts.  A graduate of SUNY at Brockport, he was employed as a 3rd, 4th, 5th and 6th grade teacher and reading specialist at the Oak Orchard Elementary School and retired in 1991.

Active in the community, Ron was a member of the First Presbyterian Church where he served as a Deacon and Elder; Past President of the Medina Area Assn of Churches, Past President of Hospice of Orleans, Past Master of Medina Lodge 336, F & AM, member of the Community Action Board and the Medina Jaycees.  He was a master gardener and was also a paralegal with the Orleans County Legal Services.  Ron was a very active member of TOPA and directed, choreographed and acted in several plays and musicals. He enjoyed traveling and visited 13 countries, was an avid reader and enjoyed antique cars, camping and hiking.

Friends may call on Thursday, June 29, 2017 (4-7PM) at the Cooper Funeral Home, 215 W. Center St., Medina.  Masonic Services will be held on Thursday at 6:45PM at the funeral home under the auspices of Medina Lodge #336, F & AM.  The Rev. Anthony Hipes will officiate at his 1PM service on Friday at the funeral home.

Memorials may be made to Lee-Whedon Memorial Library, Hospice of Orleans, or Cornell Cooperative Extension.

To order memorial trees or send flowers to the family in memory of E. Ronald Holbrook, please visit our flower store.