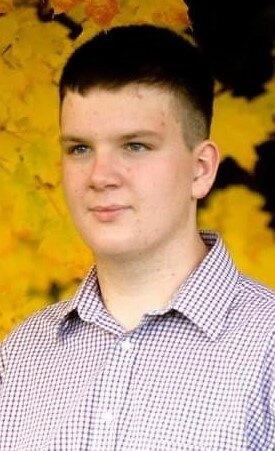 Emory Roger Richard Seefeldt, age 18, passed away tragically due to injuries sustained in an automobile accident in Gasport on April 27, 2022.

Emory was born on October 26, 2003 at Sister’s Hospital in Buffalo, son of Amy L. (White) Seefeldt and the late John C. “JC” Seefeldt. Emory was a graduate of Medina High School in the class of 2021. A hard worker, he was passionate about working at the Gasport View Dairy Farm in Gasport, proudly alongside his grandfather and uncles. He loved animals and enjoyed showing dairy cattle through 4-H. Emory also enjoyed playing saxophone in the Medina Mustang Marching Band. He will be missed dearly by his loving family and many friends.

Calling hours will be held on Sunday, May 1st from 2-4 & 7-9pm and Monday, May 2nd from 2-4 & 7-9pm at Cooper Funeral Home, 215 W. Center St., Medina. His funeral service will be held on Tuesday, May 3rd at 11am at the funeral home. He will be laid to rest near his father in West Ridgeway Cemetery. In lieu of flowers, donations in memory of Emory would be greatly appreciated to the Niagara County 4-H Dairy Cattle Program, 4487 Lake Ave., Lockport, NY 14094 or http://cceniagaracounty.org/donate.

To order memorial trees or send flowers to the family in memory of Emory R. Seefeldt, please visit our flower store.