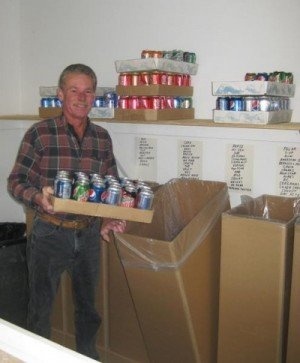 Mr. F. Daniel Gilhooly, of Medina, entered into rest surrounded by his family on October 11, 2016 at Buffalo General Hospital. Danny was born in Batavia, October 27, 1953, a son of Marjorie (Siebert) Gilhooly and Francis Gilhooly. A graduate of Alexander High School, he owned and operated Jubliee Foods on East Center Street for many years. Later, in 2009, he started Dan’s Cans Redemption Center, LLC. Dan was active in many Medina area social clubs. He was kind to everyone and enjoyed his many friends and family. He had a special place in his heart for all animals and he especially enjoyed training and racing horses. Dan played softball for many years. He was an avid Buffalo Bills fan and was fond of NASCAR racing. He will be missed by all. Survivors include his wife, Diane T. (Kujawa); his father, Francis (Peggy) Gilhooly; his mother, Marjorie Gilhooly; sister, Judy McClurg; brother, Michael Gilhooly; step siblings, Todd (Jennifer) Baker and Mary Baker; step son, Steven (Audra) Litchfield; April Champlin, whom he loved like a daughter; his brother-in-law, Joseph (Barbara) Kujawa; many nieces and nephews. Friends may call on Friday (4-7) at the Cooper Funeral Home, 215 West Center Street, Medina. The Rev. Daniel J. Fawls will celebrate his Mass of Christian Burial on Saturday at 11AM at Holy Trinity Parish/St. Mary’s Church and interment will be in Sacred Heart Cemetery. Memorials may be made to the Knights/Kaderli Memorial Fund.
To order memorial trees or send flowers to the family in memory of F. Daniel Gilhooly, please visit our flower store.