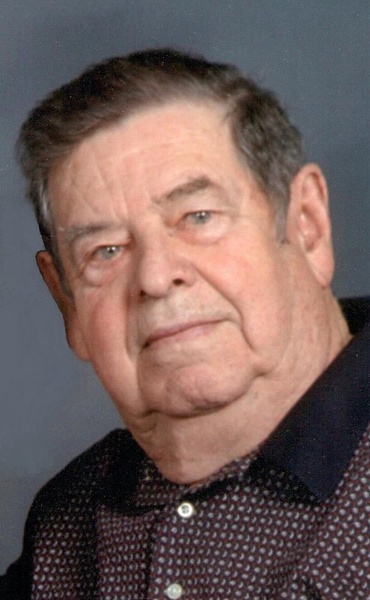 Mr. Franklin L. Grout, Jr. passed away on April 20, 2016 at the Orchard Manor Nursing Home with his loving family at his side. Mr. Grout was born in Lockport, December 2, 1918, a son of the late Franklin Leon and Georgia B. (Benedict) Grout, Sr. He survived polio in childhood and learned to overcome life challenges with strength and courage. A graduate of Lockport High School and Erie Community College, he married the former Alvah E. Loomis on April 5, 1941. They shared a very special love that lasted throughout the 75 years they were married. Together, they were known for their hospitality and love for their family and many friends. Mr. Grout worked in construction, was employed as an electrician on the Niagara Power project, and retired as a metallurgist from Simon’s Steel. He was an avid football fan, especially supporting the Buffalo Bills. He held season tickets for many years. He was actively involved in the Terry’s Corners Volunteer Fire Department. Survivors include his wife, Alvah; 3 children, Martha (Norman) Walker, George (Kathy) Grout and Paul (Sally) Grout; 9 grandchildren, Leah Hamilton, Tandy Hamilton, Jeff (Glenda) Walker, Michelle (Chris) Greene, Brian Grout, Matthew Grout, Michael Grout, Elisabeth (Thomas) Etopio and Stephen (Rachael) Grout; 10 great grandchildren; a brother, Earl (Audrey) Grout; many loving nieces and nephews. He was predeceased by his son, Franklin L. Grout, III, 4 sisters, Alma Swain, Marion Mullin, Carolyn Berner and Carol Hosmer and a brother, Norman Grout. Friends may call on Saturday, April 30, 2016 from 10-11AM at Hartland Bible Church, 8110 West Ave., Gasport. A memorial service will follow at 11AM; Pastor Jonathan Goodwin will officiate. Luncheon will be served immediately after the service. Memorials may be made to WHO Global Polio Eradication Initiative 20 Avenue Appia Geneva 27 1211 Switzerland - http://www.polioeradication.org/Financing/Donate.
To order memorial trees or send flowers to the family in memory of Franklin L. Grout, Jr., please visit our flower store.