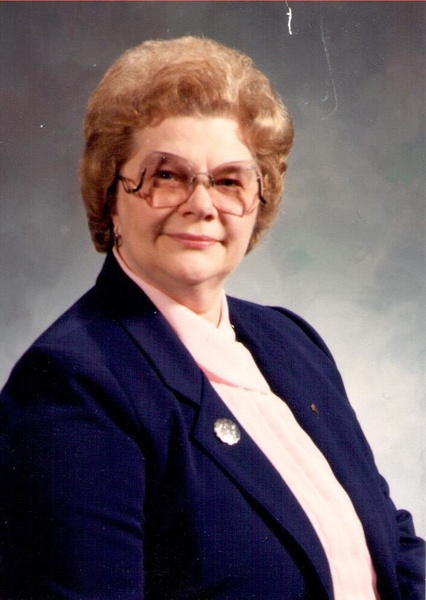 Mrs. Pease was born August 2, 1932, the daughter of the late Wilbur J. and Ada H. (Amos) Ehrenreich.  A graduate of Medina High School, class of 1950, she was a lifelong resident of the area. Mrs. Pease was employed by the Medina branches of Marine Midland Bank, Lockport Savings Bank and retired from First Niagara Bank, as the bank manager.  She was a member of the Medina United Methodist Church and the Busy Buddies.  She enjoyed travelling, painting, the arts and cross stitching.

Friends may call on Tuesday (4-7) at the Cooper Funeral Home, 215 W. Center St., Medina, where her funeral service will be held on Wednesday at 10AM.  Interment will be in Mt. Pleasant Cemetery.

Memorials may be made to a charity of one’s choice.

To order memorial trees or send flowers to the family in memory of Gladys E. Pease, please visit our flower store.