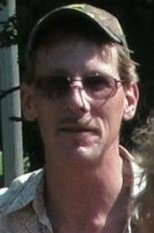 He is survived by his mother, Dawn Meland, his father Harry (Sandy) Flatt, his sister Jennifer (Bradley) Hillman and one nephew Reagan Hillman.

He was predeceased by his grandparents, Harry and Dorothy Flatt and Wayne and Anella Meland.

He was a member of the MHS Class of 1989. While in school he was in choir, jazz band, Mustang marching band playing the flugelhorn among other instruments. He was a little short nerdy farm kid with big glasses. He starred in the school production of The Electrical Sunshine Man in 1983 as Thomas Edison. He enjoyed being part of Doc Mruczek’s boy scout troop. He was a member of the First Baptist Church in Medina and was baptised there.

Because of his big heart and generous nature, he is lovingly remembered by all the people he went to school with, worshiped with and worked for in all his many jobs. On Facebook his friends reveal to me how much Greg meant to them. He was a wonderful cook and some of the places he worked were the Apple Grove, Cafora’s, Rudy’s, Spencer’s Country Store, Bill’s Sub Shop and more. Later in life he switched to construction and handyman work for which he was excellent. Makes a mother proud to know how many people’s lives he touched with his kindness.

In lieu of flowers, donations may be made to the OHC Foundation, the Knights Kaderli Memorial Fund or a charity of your choosing.

To order memorial trees or send flowers to the family in memory of Gregory D. Flatt, please visit our flower store.