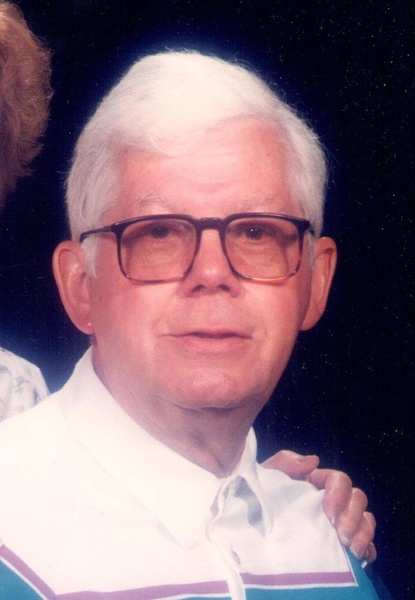 Mr. Howard M. Conroy, of Medina, passed away July 10, 2016 at the Martin-Linsin Residence. Mr. Conroy was born in Albion, July 21, 1922, a son of the late Walter Floyd and Mabel Leona (Marshall) Conroy. A graduate of Albion High School and Cornell University, he served with the US Navy from 1944-46. He married the former Sylvia M. Sedore in 1943 and was a longtime Medina resident. Mr. Conroy was employed by Bell Aerospace as an engineer and operations manager, for 39 years, retiring in 1987. Mr. Conroy was a member of the Medina Lions Club since 1946. He served as club president, zone chairman, district governor, president of the New York Organization of Past District Governors and as a board appointee in 1971-72. He received the 100% District Governor Award, an Extension Award, an Advancement Key Award, five International President’s Awards and the Ambassador of Good Will Award, the highest honor given by the association to its members. He was a Melvin Jones Fellow and a past director of the International Association of Lions Clubs. Survivors include 2 daughters, Bonnie (Larry) Scharlau of Medina and Barbara (Jonathan) Tullis of Seven Lakes, NC; 2 grandchildren, John McBride and Kay (Garrison) Genschorck; 4 step grandsons, Bob, Mike, Josh and Devan; 5 great grandsons; 2 great granddaughters; his sister, Mary White of Rochester. He was predeceased by his wife, Sylvia, on April 16, 2012; 2 sisters, Dorcas Parkman and Geraldine Snyder. Friends may call on Saturday, July 23, 2016 from 2-3 at the Cooper Funeral Home, 215 West Center Street, Medina, where his Memorial Service will be held at 3PM under the auspices of the Lions Club. Interment will be in West Ridgeway Cemetery. Memorials may be made to Empire State Special Needs Experience, 725 Larue Rd Spencer, NY 14883.
To order memorial trees or send flowers to the family in memory of Howard M. Conroy, please visit our flower store.