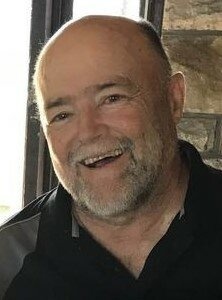 Jack B. Wheatley, age 66, of Medina, entered into rest on Tuesday, September 20, 2022 at the Millard Fillmore Suburban Hospital.

Born October 25, 1955 in Medina, Jack was a son of the late David and Grace (Baker) Wheatley. He was a graduate of Medina High School class of 1973 and when on to earn a Bachelor’s Degree in music from Potsdam University. Jack married the love of his life, the former Sherry Lanning on November 10, 1980. He worked for many years for Medina Auto Parts/NAPA Auto Parts, both in Medina and also managing their location in Albion. He was choir director of the Medina United Methodist Church choir and other community choirs. Jack loved to tinker and fix things. A quiet person, Jack was content spending time at his homestead helping his wife, Sherry with their horses, llamas and other various farm animals. They enjoyed camping and spending time at their cottage. Jack was diagnosed with lupus, which he battled for the past 30 years and was on dialysis for the past 7 years. Over all of his health complications, Jack remained a loving and devoted husband to his wife, Sherry. The couple shared a beautiful and happy marriage for 41 years.

A private memorial service will be held at the convenience of the family. In lieu of flowers, memorials may be made to PAWS Animal Shelter, 3371 Gaines Basin Rd., Albion, NY 14411. Arrangements are in the care of Cooper Funeral Home, 215 W. Center St., Medina.

To order memorial trees or send flowers to the family in memory of Jack B. Wheatley, please visit our flower store.