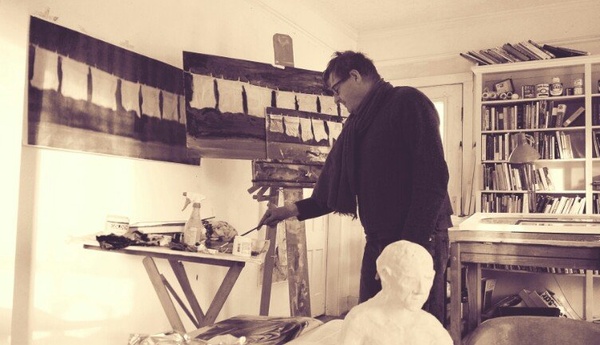 James M. Cooper, of Medina, died on October 27, 2018 at the Martin-Linsin Residence having endured a long, painful illness as the result of metastatic colon cancer.

Jim was born in Medina, June 22, 1955, a son of the late James William and Rosemary (O’Brien) Cooper.  A graduate of Medina High School, class of 1973 and Boston University, class of 1978, he was a student in the Graduate Studies in Architecture program at SUNY at Buffalo and graduated from Cranbrook Academy of Art with a Master’s of Architecture Degree in 1985.  He resided in Boston, MA, San Francisco and New York City before returning to Medina.  While living in New York City, he taught at Cooper Union, Institute of Classical Architecture and City University of New York College of Technology.  Although he was a licensed New York State Architect, his passion in life was art.  In 2006, he was the recipient of the Edwin Vason Jones Scholarship for the Rome Drawing Tour.  Memberships included Institute of Classical Architecture, New York Society of Renderers, College Art Association and American Museum Association.  He travelled throughout the continental United States, Eastern Canada, Central and South America and Europe.

Friends may call on Saturday, November 3 (1-4) at the Cooper Funeral Home, 215 West Center Street, Medina, where memories will be shared at Four O’clock.  Interment will be in the Cooper Family Plot at St. Mary’s Cemetery.

In lieu of flowers, memorials may be made to the Lee-Whedon Memorial Library, 620 West Avenue, Medina, NY  14103 or Hospice of Orleans County, POB 489, Albion, NY  14411.  The family wishes to express their gratitude to Hospice of Orleans and his friends for their kindness during the last few months.

To order memorial trees or send flowers to the family in memory of James M. Cooper, please visit our flower store.