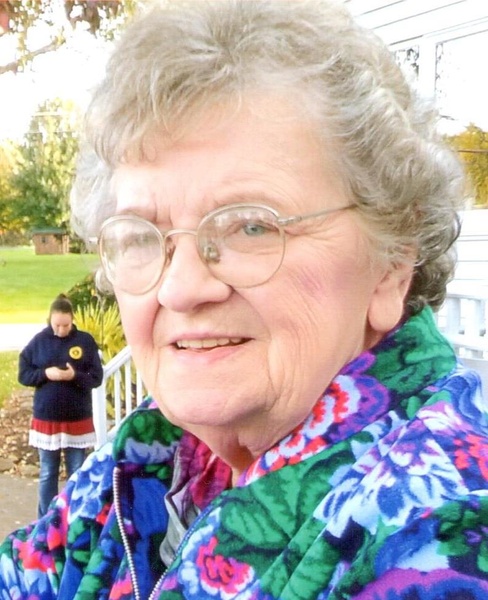 Mrs. Janet R. Wakefield, of Medina, passed away on August 20, 2017 at the Martin Linsin Hospice Residence.

Mrs. Wakefield was born in Medina, April 10, 1935, the only child of the late Edward Earl and Marjorie Cleone (Grimes) Yarington.  She was a graduate of Medina High School, class of 1953 and married Donald F. “Doc” Wakefield on December 19, 1954 at the First Baptist Church in Medina.

Mrs. Wakefield was a longtime, active member of the First Baptist Church of Medina, the Red Hat Society and Sour Grapes Society.  She enjoyed gardening, movies, music, cooking, playing the piano and animals, especially dogs and cats.  She worked with her father at Dipson’s Diana Theatre at 607 Main Street for many years and following his death, she managed the Theatre for two years from 1973-75.  She was employed by the Lyndonville Central School District, as a secretary in the high school for over twenty years.

Mrs. Wakefield was dedicated to her family.  She is survived by two sons, Michael (Joyce) and Scott (Pamela); 5 grandchildren, Adam (Meg), Daniel (Janelle), Nicholas, Ashlee and Scott Edward Wakefield; a great grandchild, Carter.  She was predeceased by her husband, Donald, on January 1, 2015.

To order memorial trees or send flowers to the family in memory of Janet R. Wakefield, please visit our flower store.