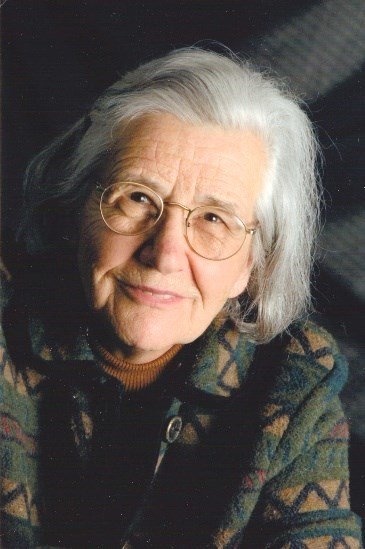 Born July 31, 1931 in Medina, Joan was one of six children of the late Edward A. and Theresa I. Johnson. After graduating from Medina High School in 1947, Joan married Richard L. Ostrander on Aug. 13, 1949, and they raised a family on their Medina farm. Up to 1970, Joan was a long-time parishioner of the former Sacred Heart of Jesus R.C. Church in Medina. In 1971, she moved her family to Kearney, NE, after the sudden passing of her husband. In Kearney, Joan worked for Ace Irrigation for many years as a bookkeeper and was a member of St. James R.C. Church for 15 years. After eight years of college, she graduated from Kearney State College (KSC) in May 1983 with an MBA and continued to teach at KSC until late spring of 1986. In 1986, after all but one of her children graduated from high school, Joan moved to Colorado Springs, CO with her youngest son, Frank. She worked as a bookkeeper for Rocky Mountain Heliarc and then retired from a business accounting teaching job with Pikes Peak Health Careers (PPI) in 1996. Shortly after moving to Colorado Springs, Joan purchased a home and became a new member of the St. Patrick R.C. Church family. In the early 1990's, she and a church friend started the St. Patrick's Divine Mercy prayer group that she led with strong dedication for nearly 20 years. Joan was also a faithful, loving and committed member of the Pike’s Peak Carmelites, and their devotion to Mary, The Blessed Holy Mother. Joan's many hobbies included walking with her dogs and hiking in the mountains whenever she could. Throughout her life, she enjoyed sewing, knitting, needlepoint, and crocheting. Like her mother, Joan enjoyed playing the piano for hours. She also gardened since she was a little girl, creating and tending beautiful gardens wherever she lived.

Her Mass of Christian Burial will be celebrated on Friday, Aug. 23rd at St. Patrick R.C. Church in Colorado Springs, CO. Her graveside committal will be on Saturday, Oct. 5th at 11 a.m. EST at St. Mary's Cemetery in Medina, beside her husband, Richard.

To order memorial trees or send flowers to the family in memory of Joan C. Ostrander, please visit our flower store.