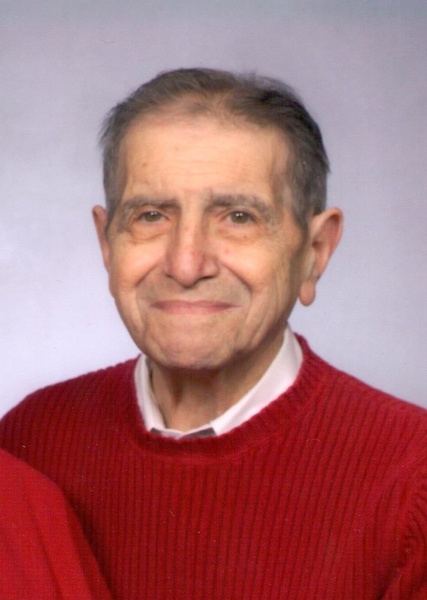 John Limina, of Medina, passed away on August 16, 2016 at the Martin Linsin Hospice Residence. Born in Medina, August 14, 1928, he was the only child of the late Gaetano and Providanza (DiPopolo) Limina. He was a graduate of St. Mary’s School and Medina High School, class of 1948. After graduation he served in the US Army during the Korean Conflict. In July, 1957, he married the former Lorraine M. “Mike” Nowak and was a lifelong resident of Medina. For 45 years he owned and operated Limina’s Jewelry Store at 512 Main Street. He and his wife began the business in 1960 and they retired in 2005. During that time he graduated from the Gemological Institute of America and became a member of the American Gemological Society. An active member of the community, John was a lifelong member of the Shelridge Country Club, Medina Chamber of Commerce, Medina Rotary Club and Senior Citizens of Western Orleans. A devout Catholic, he was a communicant at Holy Trinity Parish/St. Mary’s Church, a 3rd Degree member of Medina Council #651, Knights of Columbus and a Fourth Degree member of St. Joan of Arc of Orleans Assembly. John enjoyed playing golf and cards, cooking, having coffee with Jack and Jim and being around his family and friends. Survivors include his wife, Lorraine.; 4 children, Helen Limina (Mike Norton) of Peterborough, NH, Christine Limina of Medina, Linda Limina of Medina and Cathy (Steve) Galbreth of Brockport; 6 grandchildren, Samuel, Simon, Nicholas and Sydney Norton and John and Mary Galbreth; several nephews and nieces. Friends may call on Friday (5-8) at the Cooper Funeral Home, 215 West Center Street, Medina. The Rev. Daniel J. Fawls will celebrate his Mass of Christian Burial on Saturday at 11am at Holy Trinity Parish/St. Mary’s Church. Interment will be in St. Mary’s Cemetery where military honors will be accorded by members of Butts-Clark Post #204, American Legion and Lincoln Post #1483, VFW. In lieu of flowers, memorials may be made to Holy Trinity Parish or Butts-Clark Post #204, American Legion.
To order memorial trees or send flowers to the family in memory of John Limina, please visit our flower store.