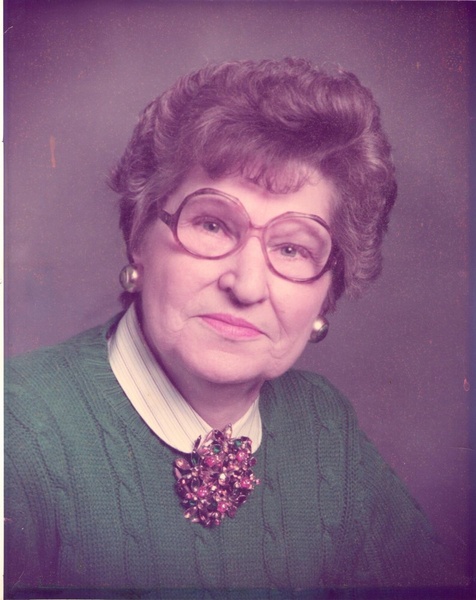 Josephine E. Seitz, 100, a longtime Medina resident passed away on July 1, 2018 at the Martin-Linsin Hospice Residence when angels came to take her home.

Jo was born in Buffalo, May 15, 1918, a daughter of the late Stephen and Eleanor (Stachewicz) Mazur.  She lived in Lake Worth, FL with her sister, Helen, where they operated a children’s specialty store, Kiddie Fair, before returning to Medina.  She then worked for Harrison Radiator Division of GMC for over eighteen years.  She was a longtime member of Holy Trinity Parish/Sacred Heart of Jesus Roman Catholic Church, UAW, Local #686, a Moose Club member for over 30 years and a United Way supporter for years.  Jo enjoyed baking, canning, gardening, being with her children, grandchildren and especially her great grandchildren and her little dog, Princess.  Her family was her world.  She was always there for anyone that needed help.   On May 15, she celebrated her 100th birthday and was amazed so many people sent her a birthday card.

A Mass of Christian Burial will be celebrated on Wednesday, July 11, 2018 at 11AM at Holy Trinity Parish/St. Mary’s Church celebrated by the rev. Daniel J. Fawls.  Interment will be in Sacred Heart Cemetery. In lieu of flowers, memorials may be made to the Shelby Volunteer Fire Company.

To order memorial trees or send flowers to the family in memory of Josephine Elizabeth Seitz, please visit our flower store.