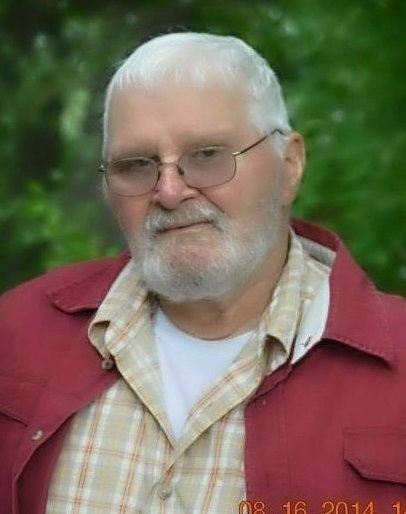 LYNDONVILLE Lawrence "Larry" Joy, 79 passed away peacefully at his cherished home on May 14, 2017.

Larry was born in Medina on February 17, 1938. He was the son of the late Laverne and Myrtle (Allen) Joy. Larry was proud to be the descendent of some of the first residents of Lyndonville, the town in which he grew up in, raised his family in and lived out his retired years in. Larry married his wife Norma (Tinkous) on September 5, 1964. Together they raised three sons, Dan, Darryl and Dana. Larry took much pride in his children and was a devoted family man. He worked 32 years at General Motors in Rochester in order to provide for his family. Larry was also an Army veteran who spent a part of his service in Okinawa as a decoder for the intelligence department. In his younger years, Larry coached little league and Babe Ruth baseball and drove dirt track race cars. Larry also enjoyed reading, watching sports, listening to oldies, playing cards, spoiling his dogs and relaxing at the property that he called his home most of his life. Most of all, he valued family, both immediate and extended and enjoyed visiting at family reunions or just dropping by to have coffee. He was pre-deceased by his parents, brothers Gordon and Allen Joy, nephews Michael and Timothy Joy and brother in law Howard Tinkous.

He is survived by his wife Norma, sons Dan, Darryl (Colleen), Dana (Patricia ),grandchildren Alyssa and Dylan Joy, step granddaughter Jennifer Schossig and her son Ian, sister Carol Jean Richard, sister in law Bonnie Joy and brothers in law Jerry (Shirley) Tinkous and Alan (Vicky) Tinkous. He is also survived by many nieces, nephews, cousins and friends. He will be greatly missed.

Friends may call on Saturday, May 27, 2017 (2-4) at the Cooper Funeral Home, 215 West Center Street, Medina, where his funeral service will be held at 4PM following visitation.  Pastor Dave Stockwell will officiate.  Military honors will be accorded at the funeral home by members of Lincoln Post #1483, VFW and Butts-Clark Post #204, American Legion at 4:30.  Interment will be in Lynhaven Cemetery.

Memorials may be made to the Yates Community Library or the Lyndonville Vol. Fire Company.

To order memorial trees or send flowers to the family in memory of Lawrence E."Larry" Joy, please visit our flower store.