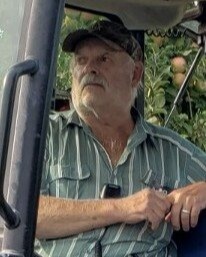 Born June 9, 1941 in Newfane, Lloyd was a son of the late Elwood and Doris (Gegluik) Hallifax. A lifelong farmer, he had a small farm of his own, worked for Roberts Family Fruit Farm in Medina and most recently Albreatch Farm in Middleport. He also worked as a mechanic at various places throughout his career never truly retiring as there was always “work to be done”. Lloyd was a proud Mason and belonged to the Towpath Lodge #1193 F&AM. He was a collector of “merchandise” as he would put it, although his family and friends would say otherwise. He never met a person he considered a stranger and truly enjoyed helping others.

In addition to his parents, Lloyd was predeceased in childhood by his brother, Larry Hallifax and his beloved wife, Janet L. Hallifax in 2011.

A graveside committal service will be held on Wednesday, Nov. 24 at 10:00am in Mt. Pleasant Cemetery, West Shelby. In lieu of flowers, memorials may be made to the Knights-Kaderli Memorial Fund, PO Box 684, Medina, NY 14103 or to PAWS Animal Shelter, 3371 Gaines Basin Rd., Albion, NY 14411. Arrangements are in the care of Cooper Funeral Home, 215 W. Center St., Medina.

To order memorial trees or send flowers to the family in memory of Lloyd E. Hallifax, please visit our flower store.