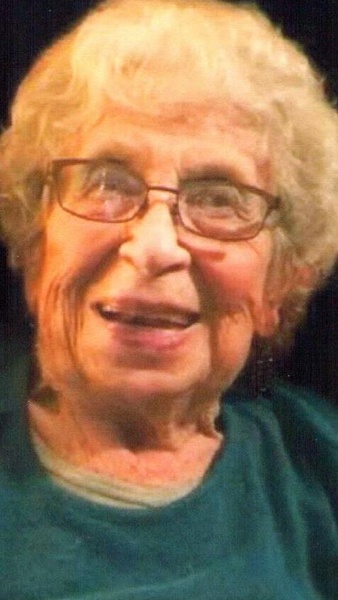 Born April 25, 1934 in Buffalo, NY Maggie was a daughter of the late Joseph and Magdalen (Illenz) Ander. She was a graduate of Lyndonville High School, class of 1952. She worked at Harrison Radiator Division of GMC in Lockport for over 20 years, retiring in 1991. Maggie was a member of Local 686 UAW Retirees Travel Club and also belonged to the Western Orleans Senior Citizens.  She was also a longtime parishioner of the East Shelby Community Bible Church.

The family wishes to extend a heartfelt thank you to Christina and Helen for taking such good care of Maggie and bringing some extra joy to her life.

A memorial service will be held on Saturday, Oct. 30th at 2:00pm at the East Shelby Community Bible Church, 5278 E. Shelby Rd., Medina. Interment will be in West Ridgeway Cemetery. In lieu of flowers, memorial donations may be made to PAWS Animal Shelter, 3371 Gaines Basin Rd., Albion, NY 14411. Arrangements are in the care of Cooper Funeral Home, 215 W. Center St., Medina.

To order memorial trees or send flowers to the family in memory of Magdalen A. Pask, please visit our flower store.