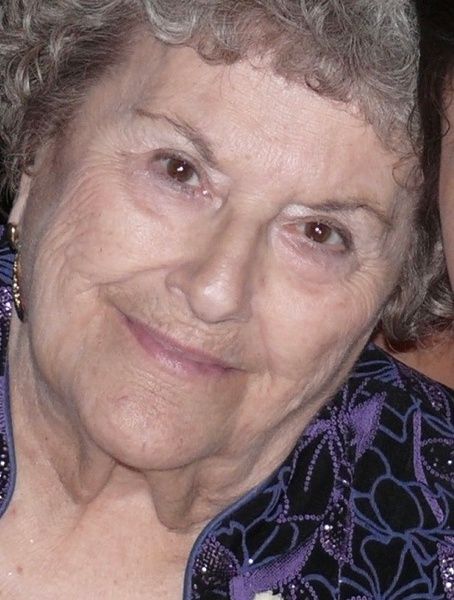 Martha was born on June 23, 1931 in Medina, NY, and was the daughter of the late Augustus and Emily (Monacelli) Fortunato. She was a graduate of Medina High School, class of 1949. Martha married her high school sweetheart, William “Bill” Ames, on June 6, 1950. She worked for Medina Central School District from 1965 until retiring in 1985. Martha loved her family and, like her mother, loved to host elaborate holiday dinners for them. She enjoyed traveling, spending winters in Florida and summers in the Thousand Islands, NY, where they would always open their doors to family and friends. Martha loved cooking, baking, reading, and crafts. She loved playing games, and was an excellent card player, except with her grandchildren, whom she always let win! She had an amazing ability to strike up a conversation with complete strangers everywhere she went. She kept her family laughing until the very end. Martha especially loved spending time with her grandchildren and great grandchildren.

Martha was predeceased by the love of her life for 70 years, William “Bill” Ames on April 22, 2020; two grandsons, Joseph Ames and Daniel Gang; her brothers, Vincent (Susan) and Louis (Louise) Fortunato and David Fortunato.

There will be no calling hours. A memorial service will be held at a later date. Arrangements are in the care of Cooper Funeral Home, Medina.

In Lieu of flowers memorials would be greatly appreciated in Martha’s name to Knights-Kaderli Memorial Fund, PO Box 684, Medina, NY  14103, (www.knightskaderli.com); Hospice of Orleans, PO Box 489, Albion, NY 14411 or a charity of your choice.

To order memorial trees or send flowers to the family in memory of Martha F. Ames, please visit our flower store.