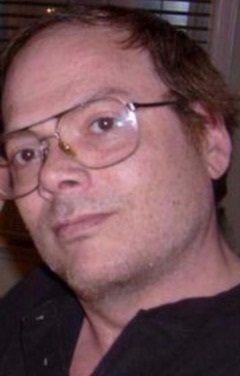 Born September 24, 1964 in Albion, NY, Michael was the son of the late Peter E. and Rita T. (LaClair) Robare. He graduated from Kendall High School, class of 1983. A proud Marine, he served his country in the U.S. Marine Corp. from 1983-1989. Michael worked for Claims Recovery Financial Services in Albion. He was an avid reader, writer, and champion coffee drinker.

Besides his parents, he was predeceased by his older brother, Steven Robare.

Calling hours will be held on Saturday, April 6th from 2:00-5:00 p.m. at Cooper Funeral Home, 215 W. Center St., Medina, NY where military honors will be accorded by members of the Lincoln Post #1483, V.F.W and Butts-Clark Post #204, American Legion. In lieu of flowers, please send donations to Tressa Aguiling to be applied towards Michael’s funeral costs.

To order memorial trees or send flowers to the family in memory of Michael E. Robare, please visit our flower store.