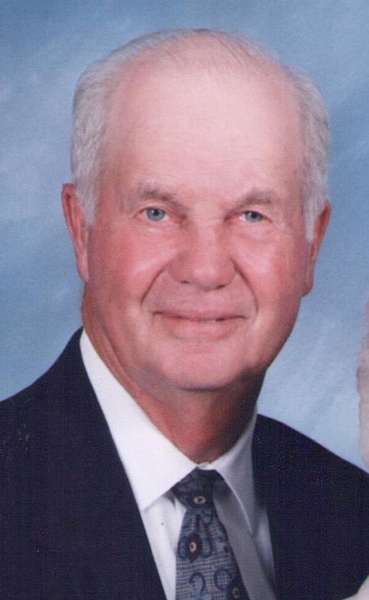 Born October 22, 1930 in Medina, Orren was a son of the late H. Justin and A. Loraine (Morse) Roberts. He graduated from Medina High School in the class of 1949 and went on to earn an associate’s degree from Cornell University. He married the love of his life, the former Joan M. Forder in 1953. A lifelong farmer, Orren grew up on his family farm. Alongside his brother, Lee, he owned and operated Roberts Bros. Farm for many years. In 1975, Orren started Roberts Farm Market in Medina. He was a lifelong active member of the First Presbyterian Church in Medina. A proud mason, Orren was past Grand Master of the Medina Lodge #336 F&AM. He served as the Town of Shelby supervisor, was a member of the Board of Supervisors, the Orleans County Farm Bureau and the Cornell Cooperative Extension.

His memorial service will be held on Saturday, Oct. 17th at 2:00 p.m. at the First Presbyterian Church, 522 Main St., Medina. The Rev. Dr. William Wilkinson will officiate. Masks and social distancing will be mandatory. Private interment will be in Mt. Pleasant Cemetery, West Shelby.

To order memorial trees or send flowers to the family in memory of Orren J. Roberts, please visit our flower store.