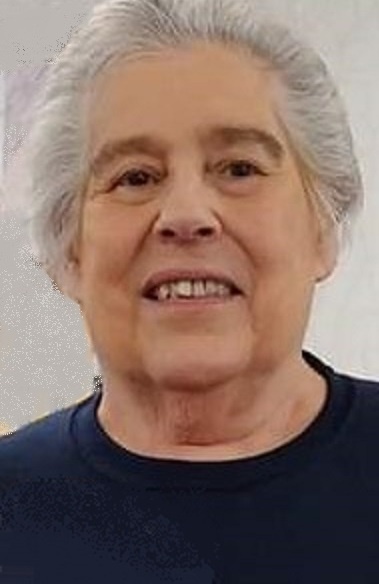 Patricia A. Ranallo, of Medina, passed away surrounded by her family on Sunday, September 12, 2021.

Born October 9, 1942 in Newfane, Pat was a daughter of the late Frank N. Stupnick and Grace M. (Parrow) Blauvelt and stepfather, Daryl Blauvelt. She married Frank S. Ranallo, Sr. on November 14, 1964. Pat held numerous jobs over the years, but her favorite was working for a company owned by her daughter, Pam and friends, who became like family to her. Pat loved country music, especially Johnny Cash, and loved to write poems about life that she called ‘simple thoughts from a simple mind’. Her poems have been and will continue to be enjoyed by many. Pat was a very generous person. If you ever received an anonymous gift, there is a good chance it was from her. Pat was a very proud mother and grandmother. The thing she will be remembered for most is her sharp wit and incredible sense of humor. She made everyone laugh. Pat was predeceased by her son, Frank S. Ranallo, Jr. and her sister, Theresa Wallis. Survivors include her husband, Frank S. Ranallo, Sr. of Medina; daughters, Sandra (Barb Duckworth) Ranallo of Rochester, Pamela (Jim Cunningham) Ranallo of Boulder, CO and Christine (Mike Cassidy) Ranallo of Kent; grandson, Frank S. Ranallo III; former daughter in-law, Tracy Ranallo; brother, Francis "Butch" (Patricia) Stupnick; and several beloved nieces and nephews.

A Celebration of Life gathering will be held on Friday, September 17th starting at 4:00pm at the Junior Wilson Sportsman’s Club, 3875 Bates Rd., Medina, NY 14103. Private interment will be in Millville Cemetery, Shelby. In lieu of flowers, memorial donations may be made to the Knights-Kaderli Memorial Fund, PO Box 684, Medina, NY 14103. Arrangements are in the care of Cooper Funeral Home, Medina.

To order memorial trees or send flowers to the family in memory of Patricia A. Ranallo, please visit our flower store.